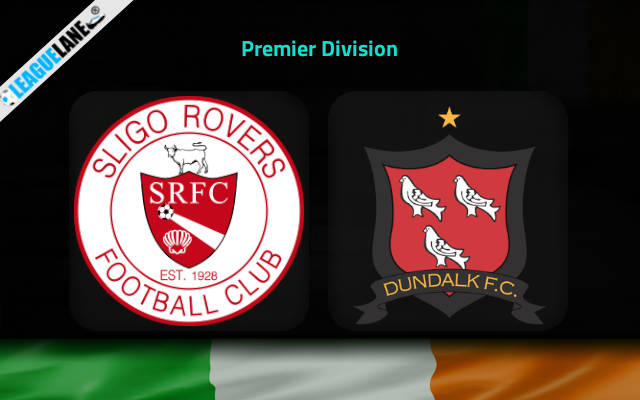 Dundalk have been one of the best teams in the Irish top flight for the past several years and currently they are placed second in the table. Meanwhile Sligo Rovers are going through a rather poor series of results now and are letting in goals in huge numbers as well.

The dominance of Dundalk has been such that their only defeat in their last several fixtures had come against toppers Shamrock Rovers.

Moreover they also have a good head-to-head record against this opponent in recent clashes.

Meanwhile Sligo Rovers are currently on a losing streak, and they are struggling with their defense quite too much.

Moreover, they have only been able to perform well in front of their home crowd for quite some time now and lately they have not been able to show consistency even here.

By the looks of things, it is expected that Dundalk will post 3 points on the board this Monday.

Dundalk had lost 4 of their last 6 overall fixtures and they had also remained winless in 6 of their previous 10 games. Do also note that they had let in 2 or more goals in 3 of their past 6 matches.

Going on, they were winless 3 of their past 6 appearances in front of their home crowd and they were able to register just 4 clean sheets from their past 20 home games.

On the other hand, Dundalk were unbeaten in 16 of their past 18 overall matches and in the process they had even gone on a 6-game winning streak. Do also note that one of their only 2 defeats during this stretch had come against toppers Shamrock Rovers.

Considering these observations, expect a victory for Dundalk this Monday.

Tips for Sligo Rovers vs Dundalk