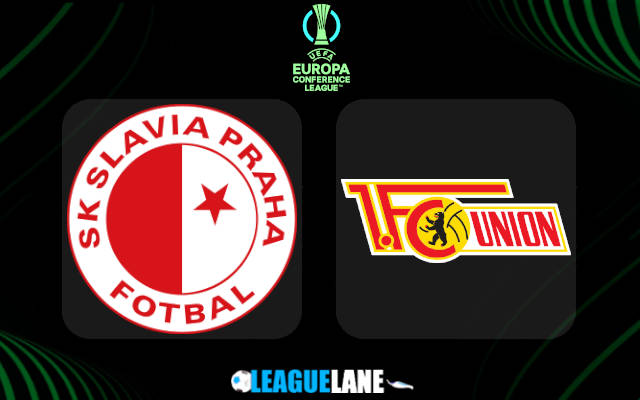 Slavia Prague take on Union Berlin at home turf as the hosts will aim to make a huge statement that they are amongst the favourites to win this competition at hand.

The hosts found their way into the Conference League as they lost their Champions League qualifier in the third round against Ferencvaros in a 2-1 aggregate score line which was followed by a Europa League play-off loss to Legia Warsaw in a 4-3 aggregate score line.

In the Czech First League, Slavia Prague currently sit in 3rd place in the league table with 16 points on board after 6 league games as they find themselves with 2 points off the league leaders Viktoria Plzen.

The hosts come into this fixture on the back of a 2-1 win over Slovacko which saw Daniel Samek and Stanislav Tecl get on the score sheet.

On the other hand, Union Berlin have won their Europa Conference League play-off fixture against KuPS with an aggregate score line of 4-0.

In the Bundesliga, the visitors currently sit in 8th position in the table with 6 points on board after 4 league games. They come on the back of a 0-0 draw against Augsburg in the Bundesliga.

The Berlin fans will be hoping that they could pull off a surprise against their Czech opponents.

The hosts will be looking to be dominate and compact in this game. The Prague attack will get the hosts through to victory in this fixture as hence, we back the odds at 2.50 for the home side to win.

On the other hand, Union Berlin are also a good side who have goals under their belt and they have the capability to score against big oppositions. We back the odds at 1.72 for both teams to score in this fixture.