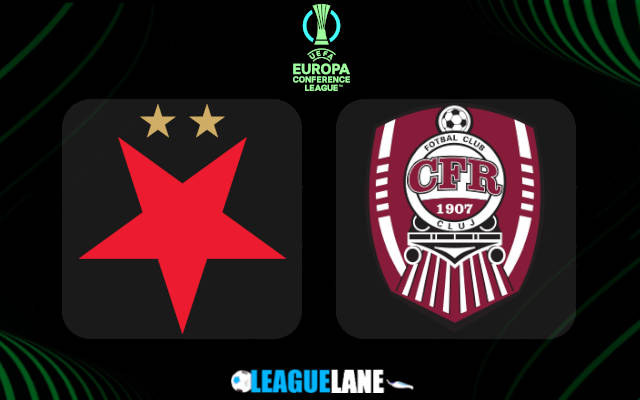 Group G leaders Slavia Prague will host CFR Cluj at Fortuna Arena for Matchday 3 of the UEFA Conference League this mid-week. Both teams are at the opposite end of the table.

In the opening fixture, the host faced Sivasspor last month and that game ended in a 1-1 scoreline. It was Peter Olayinka who scored the opening goal of that game.

Following this draw, manager Jindřich Trpišovský won the most recent game against Ballkani by 3-2. In that game as well Peter Olayinka found the back of the net in the 34th minute of the game. The team is at the top of Group G with four points out of a possible six.

On the other hand, the visitors are struggling in this competition. Most recently they lost to Sivasspor by a narrow 1-0 margin.

In the opening game against Ballkani, Yuri Matias rescued his team by scoring the equaliser in the last minute of the game.

They are currenrly at the bottom of Group G. Moreover, they have not won a single game so far. However, in their domestic league they are having a great season.

In the last two matches, the visitors have only scored one goal. Therefore, they will have a difficult game against Jindřich Trpišovský’s side this Thursday.

An interesting fact is that the opposing team received a red card in the last two group stage games against Slavia. Moreover, they have scored four goals in their last two games.

Nevertheless, a win will help them extend their unbeaten record in Group G.

Our prediction is that the number of goals will be between 2 or 3 – at 1.95 odd. This is after considering that the host have scored in this range in their most recent match. Also, the visitors have scored only a single goal in Group G.

Our second tip for this game is that Slavia Prague will score in the first half – the odd for this tip will be at 1.66 odd. So far they have scored three goals in the last two matches in Group G and all three of them were scored in the first half.

Slavia Prague will score in the first-half @ 1.66.