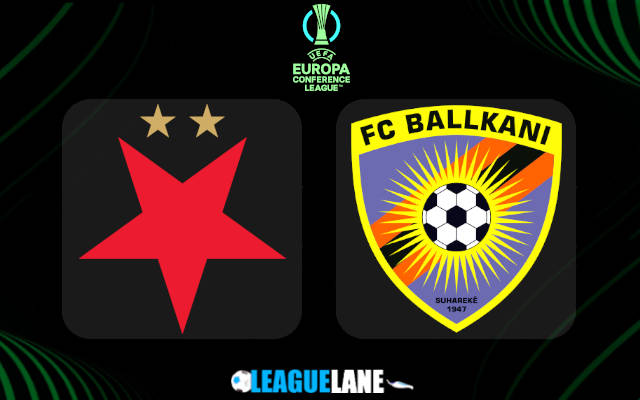 League leaders of Czech First League Slavia Prague will go head-to-head with Ballkani for the first time at Fortuna Arena this Thursday. Both teams are part of Group G in the Conference League this season.

Sivasspor were the opponent last time in the group stage for the host. That game ended in a 1-1 draw. Peter Olayinka scored the opening goal in the 4th minute of the game.

Dia Saba equalised in the 26th minute. What is astonishing is that Jindřich Trpišovský’s team registered eight shots on target.

It is important to understand that Slávisté are at the top position in the domestic league. In their most recent league outing, they put six goals past SK Dynamo.

Much like the host, Ballkani are also doing well in their domestic league this season. Both teams have only lost once this season.

In Group G, no team have managed to win after matchday 1 concluded. Ilir Daja’s side faced CFR Cluj last time in the Conference League.

Going into this fixture, all eyes will be on the visitors. As Jindřich Trpišovský ‘s team have more experience in various top European competitions over the years.

Ballkani lost their first game of the season in the Kosovo super league. Also they are yet to draw a single game this season. In the Conference League last time, they were inches away from their first victory.

Moreover, Stanislav Tecl scored a brace for Slávisté in their most recent domestic league game. They have also managed to score 13 goals in their last three matches this season.

Our prediction is that Both Teams to Score- at 3.00 odd. This is after considering that both teams rarely fail to score in their respective domestic league.

Moreover, our second tip for this game is the Correct Score will be Slavia Prague 4-1 – at 19.00 odd. The host have scored twelve goals in their last two domestic league games, hence the possibility is high for this game to have numerous goals.