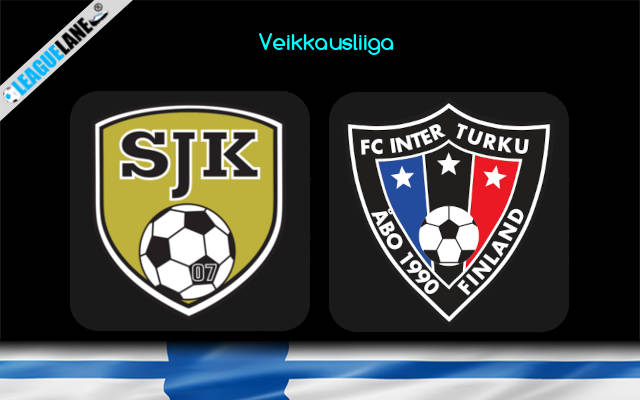 Round 10 of Veikkausliiga is set for this Saturday as SJK play host to Inter Turku, where both these sides are separated by 4 points and 3 places. These two sides will be seen battling it out at OmaSp Stadion.

Inter Turku is at the 5th spot on the standing with 14 points from 10 games. They won and lost 4 times each while having drawn on 2 other occasions. Last year, after being runner-up twice in a row, Inter finished the league in 4th position and ended up not qualifying for the qualifying phase of the UEFA Conference League.

Previously, FC Inter Turku drew 2-2 in the league match with Ilves. Looking at their form, and the visitors have been scored against in 5 of their last 6 matches, seeing opposing sides hit 8 goals in all. In their last 5 matches, four of those games has ended with both teams scoring.

On the other side, SJK resides at the 9th position on the table with 10 points. Of the 10 matches played, they won 3 times while drew once lost on 6 other occasions. They managed to fulfill the goal of winning the Veikkausliiga title and playing in a continental competition, even though it failed to get past the qualifying stage.

SJK will be hoping to bounce back here after the 1-0 league losing effort in their last game against AC Oulu. Joaquin Gomez’s men have found the net a sum total of 5 times in their past six outings. At the other end, the tally of goals that have been scored against them in those fixtures stands at 7.

Inter Turku is on the back of a 2-game away win across different competitions. They even won thrice of their last 5 h2h meet-ups.

Meanwhile, SJK lost 3 of their last 4 home matches across various tournaments. The side even lost half of their home league matches.

Considering their previous h2h stats and current form, we feel that an away win or draw seems a safe option.