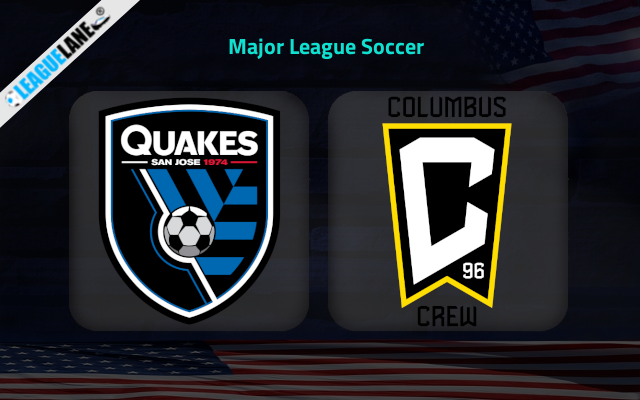 SJ Earthquakes have opened their account in the new season with a 1-3 defeat at home against New York Red Bulls. They will be hoping to gain some momentum further now to find a position in the safe zone.

They ended up in the 10th position last season. Their inconsistent run in the league have resulted in the positioning of Earthquakes on the Western Conference table. However, they will be motivated enough to better themselves this season and will be expecting to start with a win with advantage of home ground in the very second fixture.

Meanwhile, Columbus Crew started this season with a motivating 4-0 win over Vancouver Whitecaps at home. They will be hoping to make that win count and to run further with positive consistency.

They were one point short of the safe zone the previous season. They ended up taking the 9th spot on the Eastern Conference table. They were also having a seesaw of form in that season.

By the looks of things, we expect an interesting affair at Earthquakes Stadium on Saturday when both these outfits meet in a MLS fixture.

Including the previous season’s displays, SJ Earthquakes are unbeaten in four of their past six league affairs at home. Their defence was not that impressive in the past season.

On the other side, Columbus Crew have only won once in the past 8 league affairs away from home. They leaked goals in all those 8 fixtures.
On top of that, SJ Earthquakes are having a good head to head record against Columbus Crew at home. Therefore, we are expecting a win for the hosts at the end of this one.