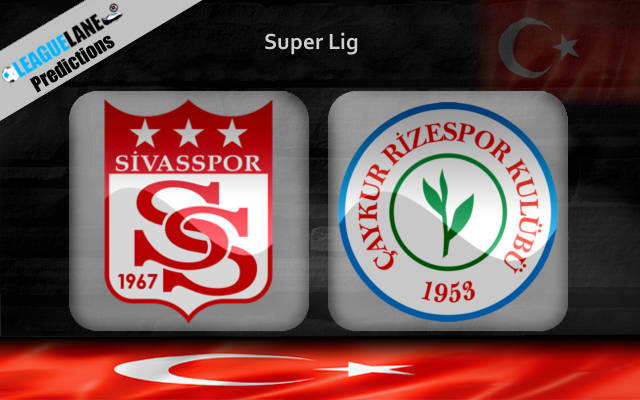 Sivasspor didn’t get the start they were looking for in the league this term, but the Braves have made it work for them with an unbeaten streak for the past three clashes after losing the opening match.

After four consecutive winless fixtures in their schedule, Rizespor finally took three points in a clash during their previous league encounter. They are two points behind the home team in the overall table.

The 1-3 win on the road against Kayserispor last time out in the league will improve the morale of the players in the Sivasspor dugout. Besides, the three-game unbeaten streak could back their ground advantage at home in the upcoming match at Sivas.

Rizespor struggled had followed until the last league clash. Their previous encounter was at home and they defeated Ankaragucu from the ultimate bottom of the table. Aside from that, they have been winless for the past four fixtures in the campaign; pointing to a weak form in the middle.

Since three of their recent four meetings have ended in a draw, we cannot take the visitors lightly even when the home team is the favorites to win. Hence, the tip for Sivasspor to win either half of the clash will probably be the best bet for the punters.

Furthermore, both teams have a healthy scoring average in the campaign this season. Besides, their recent three h2h meetings at this venue have seen both teams score. So, the tip for BTTS will probably come in handy to yield decent returns from the encounter.