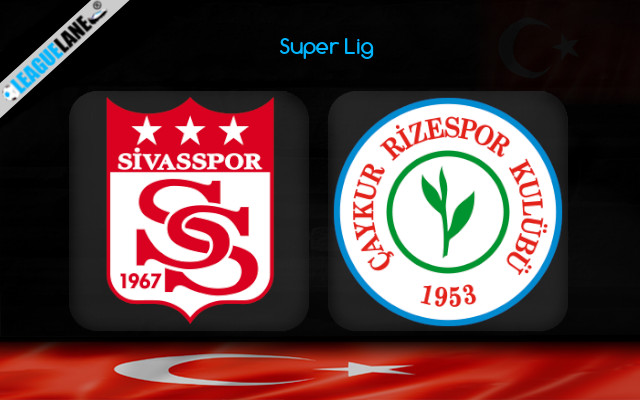 Sivasspor is in the eighth position on the league table with 25 points to their name. Their last match was against Kasimpasa, which ended in a win for the team. The match ended in 1-3 FT score, where all the three goals of the team were scored in the second half of the match.

Rizespor is the relegation zone at the moment. They are on the 17th position on the league table with 16 points from 17 matches. Their last match ended in a win for the team after they scored the only goal in the game at the 80′-minute.

Sivasspor has 6 wins, 7 draws and 4 losses from 17 matches in the league so far. They have won their last four consecutive matches of the season. Nine goals were scored from the last four matches, only in which seven were scored in the second half. From the last ten matches, the team has only lost two matches and has kept a clean sheet in three of the matches.

Rizespor has 5 wins, 1 draw and 11 losses in the league so far. The team had a poor start to the season but are trying to play better with each match. The team has won their only five wins in the last ten matches and has also won in the last two matches.

Rizespor has won none of their away matches in the season. Their last match against Fenerbahce ended in a loss for the team where the opposition four goals against a goalless Rizespor.