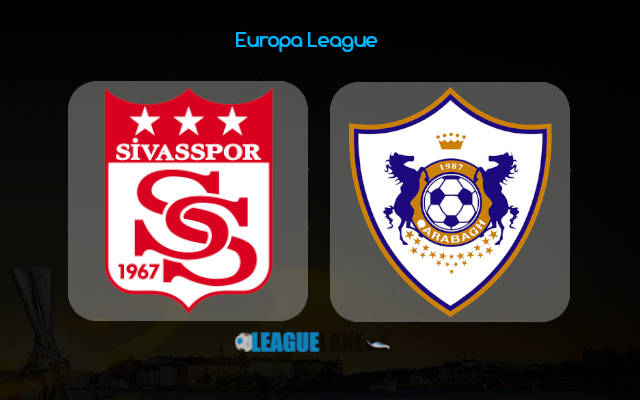 It will be the battle of the bottom dwellers in Group I of the EL group stage when Sivasspor and Qarabag lock horns with each other at Sivas. Having lost both their clashes in the tournament at the start of this term, both teams have gained no points until now.

Sivasspor will host after losing a home match to M. Tel Aviv in the previous EL clash. In the meantime, Qarabag will visit on the back of a 1-3 loss at home against Villarreal last time out in the schedule. Expect a slow-paced game in the upcoming clash on Wednesday.

The teams have not met before in recent times, nor any clubs from the opponent’s countries.

The match is sizing to be with no life in it, as both teams are in a downward slope in their Europa League form this season in the group stages. However, we can expect the clash to produce at least two goals in ninety minutes.

Here is why; Sivasspor has been winless for the past four clashes and has scored in only one of those defeats in their schedule. This goal came in the EL fixture, which suggests the host is able to find the back of the net outside the domestic league.

Apart from that, Qarabag also has a troubled form in the league, and playing away from home will be a double burden for Gurban Gurbanov. The Azerbaijan contingents had conceded only one goal last time out in the tournament but have scored 3 goals against Legia in an early fixture.