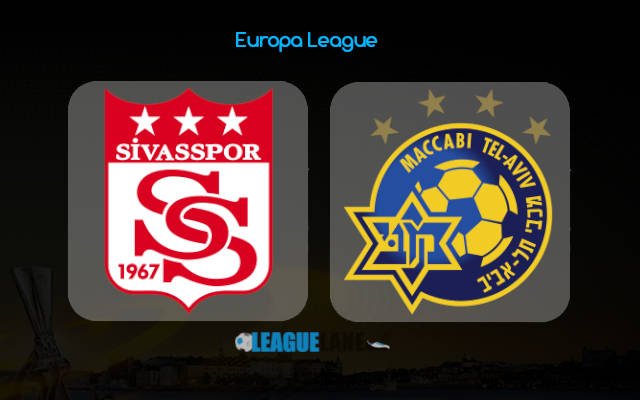 Even though they haven’t achieved a positive result, many fans were satisfied with Sivasspor first appearance in Europa League group stages last week. The Turkish side got defeated 3-5 FT, but demonstrated strong attacking potential and confidence to attack much stronger opponent.

This time they will be playing at home venue against a bit weaker opposition, team Maccabi Tel Aviv. This could easily turn into one very high scoring affair if there is one goal scored in the early stages.

In terms of the odds, bookmakers have given better chances to hosts to win all three points at 2.35, while the Israeli champions are priced at 3.10. Let’s take a look at recent form and stats for these sides.

This is going to be the first head to head encounter between Sivasspor and Maccabi Tel Aviv in history.

The only experience Sivasspor had when it comes to European scene dates from 2009 UEFA Cup. They faced Shakhtar Donetsk and were easily defeated in both occasions with total goal difference of 0-5. Three goals scored against Villarreal were surprising to many. The score at 65-minute mark was 3-3 thanks to goals of Gradel, Kayode and Yatabare.

Form is not looking so good when it comes to Turkish Super Lig, having collected only four points from last three clashes. Sivas were defeated at this venue on Saturday against Rizespor.

After being eliminated from Champions League qualifiers, Maccabi Tel Aviv are putting a lot more focus on Europa League clashes than on recently started Ligat Ha’al.

Start of the UEL campaign was good, beating Qarabag last week at home 1-0. The only goal was scored by Yonatan Cohen in the early stages. We don’t think Israeli champions will lose this game in Turkey.