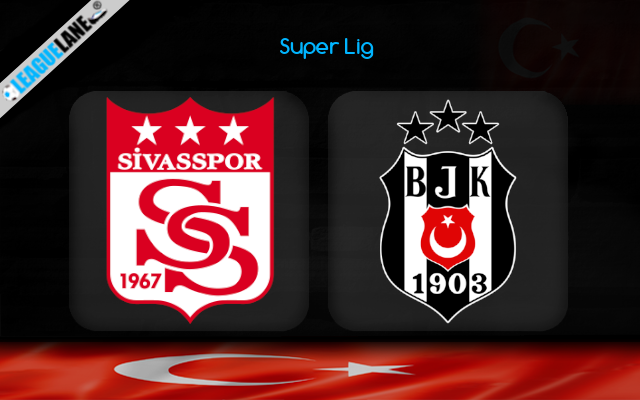 Sivasspor celebrated a huge 0-3 victory away at Alanyaspor on Tuesday afternoon. The win moved them away from the relegation area as they currently sit one point above Hatayspor.

Max Gradel added an assist and a goal himself, proving out to be one of the crucial players for this team.

If we count all competitions, Sivasspor now have three wins in the last four games. They will thus enter this Saturday’s match against Istanbul heavyweights Besiktas in the highest of spirits.

It is, however, hard to say what Sivasspor can do against the likes of Besiktas who have a star-studded lineup despite being as low as fourth in the Super Lig table at the moment.

The visitors snapped their five-game winning run with a disappointing showing in the 1-1 draw away at Fatih Karagumruk on Tuesday.

They are nine points shy of leaders Galatasaray at the moment and it is very to expect them joining the battle for the title in the second half of the season, especially after the mentioned slip-up in mid-week.

Besiktas have the firepower capable of exploiting Sivasspor’s weak defensive line and we can see goals on Saturday afternoon at Yeni Sivas 4 Eylul Stadyumu.

Cenk Tosun was on target on Tuesday, taking his league tally to nine goals, while we can’t ignore the presence of Vincent Aboubakar who returned from Saudi Arabian top-flight this winter.

This match has goals in it and we can hardly see either side keeping a clean sheet on Saturday. Besiktas obviously possess much more quality in their ranks and we will back them to get the three-pointer.

The main pick is Besiktas to win & Both Teams To Score at the odds of 3.75. You can alternatively try with 3-1 as the correct score punt at the 15.00 odds.