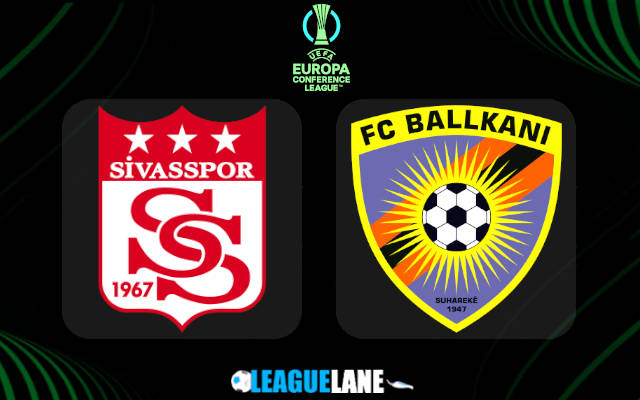 Sivasspor are the reigning Turkish Cup winners, and they also have been a major presence in the Turkish football scene for the past several years. This Thursday at home, they will be the favorites to deliver a win against minnows, Ballkani.

Ballkani are from the comparatively much inferior Kosovan top flight, and they lack in experience in these kinds of European games. In terms of talent as well as exposure, they are far behind their counterparts for the day.

On top of that they are also on the road, where they have not been at their best lately. In fact, they have a 100% losing record on the road so far, and let in the most number of goals in such match-ups.

Meanwhile, Sivasspor are placed second in the table, and they are level on points with toppers Slavia Prague. They have a 100% unbeaten record so far, and they let in just one goal till now in the entire competition.

Count on them to go after a win at any cost this Thursday. They just cannot let toppers Slavia run away with the first place.

Expect Sivasspor to post the three points on the board against the inferior Ballkani.

Sivasspor were unbeaten in four of their previous six overall fixtures, and they lost just two times at home this whole season. One of these defeats came in the Qualifiers for the Europa League.

Do also note that they failed to score in front of their home crowd just two times in their past 14 appearances here.

Taking into account these observations, expect a win for Sivasspor this Thursday.

Tips for Sivasspor vs Ballkani