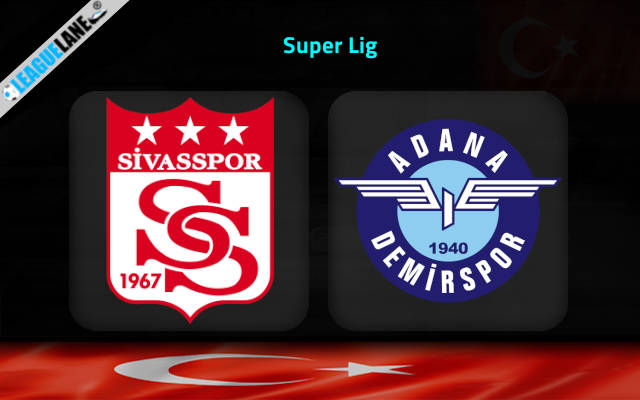 Sivasspor vs Adana Demirspor Predictions and Free Tips from our expert tipsters when the teams go head-to-head in Super Lig on Saturday, 28 January 2023.

Adana Demirspor have been one of the best teams in the league this campaign. They are sixth in the league and have a solid defensive record as well. In their last league outing, they held Giresunspor to a 1-1 draw.

On the other hand, Sivasspor celebrated an important 2-1 victory against Gaziantep. However, they still have a long road to go as they are in the relegation zone. In the last few weeks, they have turned their attention towards Turkish Cup and as a result they have not played well in their league fixtures.

Looking at the previous records, Adana Demirspor are unbeaten in three of the last four head-to-head matches. The last time both teams clashed against each other was back in August and the visitors won that game by a huge 3-0 margin.

Who will win the match between Sivasspor and Adana Demirspor?

Sivasspor have lost nearly 50% of their league fixtures in this current campaign. Their last win was against a team that is in the bottom half of the table. At the same time, Adana have won almost all of their January fixtures. Therefore, we can back them to win this game.

Adana Demirspor are sixth in the league and are unbeaten in three of their last four head-to-head matches. Therefore, the first tip is that Adana Demirspor will win this game– the odd for this tip will be at 2.62 odd.

Furthermore, a good second tip to back would be that Over 2.5 goals will be scored – at 1.70. The main reason for this tip is that, both teams have scored eight goals combined in the last two encounters.