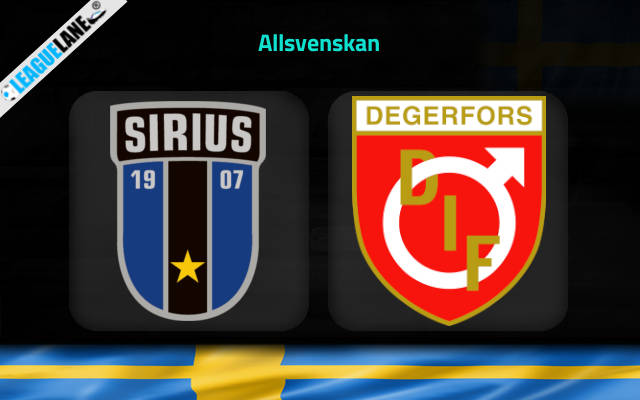 Both Sirius and Degerfors will be desperate to fix their defensive holes as soon as possible. Can either team keep things quiet at the back when they take on each other in the 12th round of Allsvenskan?

Two of the worst defensive lines in the last couple of weeks are set to battle it out in the 12th round of Allsvenskan on Saturday afternoon in Uppsala.

Sirius will go into the match off the back of two tough losses against Malmo and Djurgarden.

They have conceded nine goals in the process, including five in Monday’s demolishing defeat at Djurgarden (5-1).

Believe it or not, Degerfors have done even worse in the last two weeks. They shipped five goals in each of the consecutive defeats to Hammarby and Malmo.

Both outfits dropped down to the bottom half of the standings as a consequence, thus ruining their positive starts and respective wins in their first games after the short summer break.

Both teams have capable goalscorers in their ranks in the likes of Christian Kouakou and Victor Edvardsen.

The former took his league tally to six goals by scoring a consolation goal for Sirius in a 5-1 loss to Djurgarden, while the latter also has six goals to his name in Degerfors’ shirt.

We can expect nothing else but goals here as neither of the two outfits seem capable of keeping clean sheets these days. We are also very much interested in backing Christian Kouakou to score anytime at the 2.60 odds here.

The Swedish forward bagged 6 goals in 11 appearances this term. He was on target on Monday at Djurgarden and he will no doubts have plenty of room to deliver past the defense that has allowed ten goals in the last two matches.