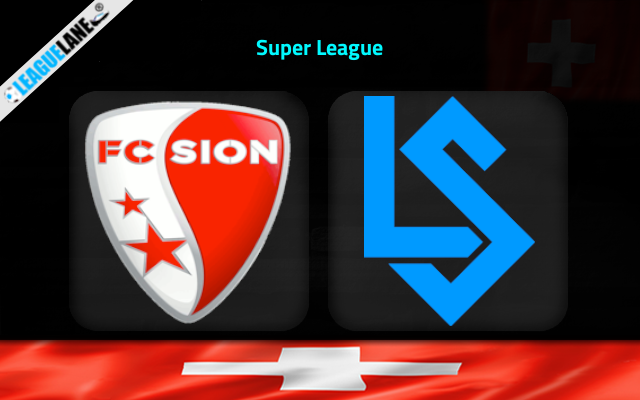 Sion are on the verge of the relegation picture, at 8th on the table with a total of 26 points. However, they have managed to increase the gap between them and the danger zone to 8 points.

They will be hoping to record a win in the next league fixture with the aid of home ground advantage. They are having an inconsistent form. Also, they possess a disappointing defensive lineup. They have leaked goals in each of their past four league fixtures.

Meanwhile, Lausanne Sport have recorded a 1-2 defeat at home against the co-battlers Luzern in their most recent league fixture. With that defeat they remains at the rock bottom of the table failing to seal a single point in the past 7 league fixtures.

They have a total of 12 points from 23 league fixtures. They have seldom won at all this season. Not a single reason is there to back them to record a positive display in their coming fixture. They have the worst attacking and defensive lineup of this season.

By the looks of things, we expect a win for the hosts Sion at Stade de Tourbillon when they meet Lausanne Sport on Wednesday in this Super League fixture.