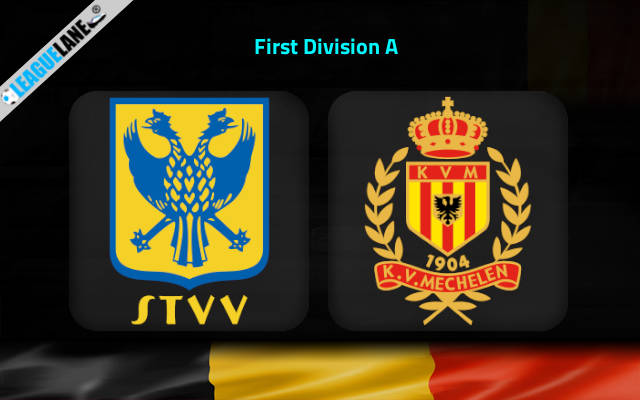 Sint-Truiden will be looking to keep their fine spell of form going on Friday evening when they play host to Mechelen in the first game of Matchday No 30 in Belgian First Division A.

The hosts made it three wins and a draw in the previous four league games and they have climbed to the 10th place in the standings as a consequence.

They have been especially tough to break down in the recent outings. Hollerbach’s troops have thus kept three consecutive clean sheets in the competition.

The latest came six days ago in a goalless draw away at KV Oostende. We saw no more than three attempts on target from both teams combined on the occasion.

Mechelen favor completely different playing style. They do not play defense at all. This is why we have seen at least three goals in all of the last six matches they played in the league.

Mechelen dropped a two-goal advantage to get only one point from a 2-2 draw at home to Cercle Brugge last weekend.

They lost four of the last six away fixtures in the league, shipping at least two goals in each of these defeats.

Almost everything points towards a pleasant evening for the local fans at Stadion Stayen on Friday evening. We are very much tempted by the 2.25 odds offered for the home win bet as Sint-Truiden will enter the tie in a much better shape.

Also, the hosts have won the last two head to head meetings with Mechelen. Now, since the visitors did not play defense at all lately, we will take the attractive 1.85 odds offered for the Over 2.5 goals FT bet here.