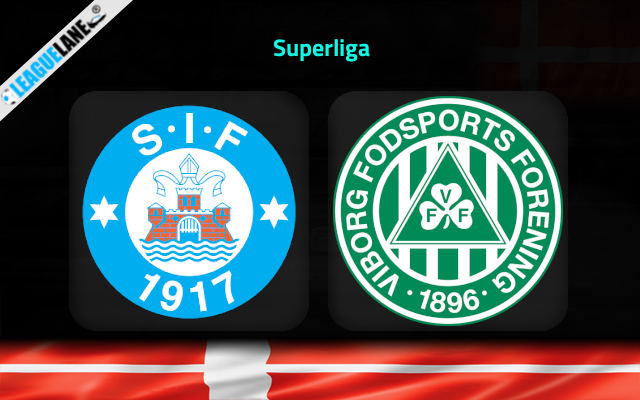 Silkeborg and Viborg battled it out in the second tier of Danish football last season. They are about to lock horns in the first game of the Danish Superliga Matchday No 4 on Friday afternoon at JYSK park.

Believe it or not, we are yet to see a goal in Silkeborg’s games in the 2021/22 Superliga campaign.

The hosts went full 270 minutes without scoring or conceding a goal in the elite class of Danish football.

The latest goalless draw came against AaB on Sunday. It was an evenly-matched contest with six shots on target from each team, but goalkeepers somehow managed to keep their nets untouched on the occasion.

The team led by Lars Friis will be looking for the first win & goal of the season here against Viborg who have already won, drawn, and lost a game in the new campaign.

The visitors had a much tougher schedule in the opening three outings. However, they managed to collect four points so far thanks to a victory over Nordsjaelland and a draw to Brondby.

Sadly, the positive run came to an end last Saturday when Friis’ troops fell 0-2 at home to Midtjylland.

Looking at Silkeborg’s recent displays, we can’t suggest anything else but the Under 2.5 goals FT pick here. You can grab it at the odds of 1.91. Viborg did not offer much in the final third lately either, but they did play the likes of Brondby and Midtjylland in the last two rounds.

As far as the outcome goes, the draw is the most likable of the three and we can find the value in backing it at the odds of 3.40.