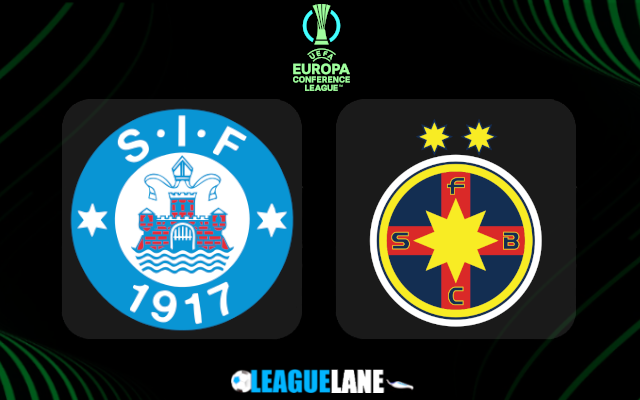 Silkeborg face off with visitors FCSB at Jysk Park in this Europa Conference League meeting on Thursday.

Silkeborg started this Danish Superleague season brilliantly. But, they seems to have failed in maintaining the same further as they lost two of the past four league fixtures.

They will be hoping to bounce back here following a 2-3 ECL losing effort in their previous round against West Ham. It is worth mentioning that their offensive line have been slotting in goals at a good rate lately.

Silkeborg had scored a total of 10 goals in the past 5 overall fixtures. The problem for their Danish head coach Nielsen lies in his team’s defensive line which allowed a total of 7 goals during the course of those 5 games.

Meanwhile, FCSB has been shambolic since the start of this season and was falling through the ranks of the Romanian league match by match.

Going on, FCSB locked horns with English club West Ham in their opening fixture of this Europa Conference League season. As expected, the team lost 3-1 on the road.

They have added a goalless draw against Anderlecht to make a thread of two winless games at the start of the UCL campaign this season.

The dreadful defensive steel of FCSB had let in a total of 18 goals in the past 10 overall fixtures while scoring 15.

Taking into account these observations, we expect a win for Silkeborg on Thursday at Jysk Park.

The away side follows a poor form to enter this tie on Thursday. They are on a 3-fixture losing streak and had let in a total of 8 goals in the process.

On the other hand, Silkeborg were unbeaten in 6 of the past 8 home appearances and had gone on a separate 3-fixture winning streak in the process.

Considering all these observations, expect a victory for the hosts Silkeborg in this both teams scoring affair against FCSB on Thursday.