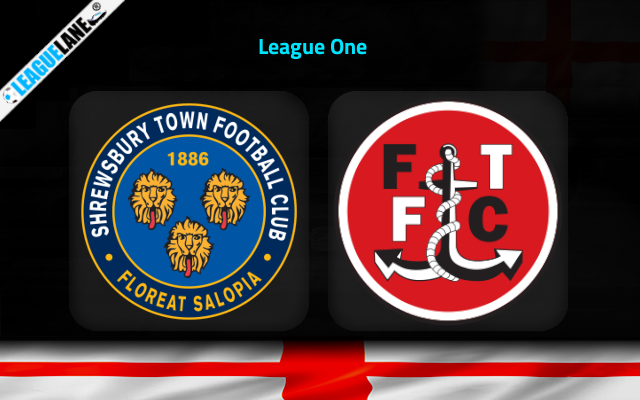 Shrewsbury vs Fleetwood Predictions and Free Tips from our expert tipsters when the teams go head-to-head in the England League One on Sunday, 1 January 2023.

Shrewsbury have been going through an inconsistent form since the beginning of this season. They lost thrice in the last five league outings. However, they have shown some signs of gaining the much needed momentum.

Fleetwood will be their Sunday’s counterparts. Shrewsbury are at the 12th position, four spots and three points clear from Fleetwood in the league standings.

Shrewsbury is on a three-fixture unbeaten streak against Fleetwood. The latest meeting had finished in a 0-1 win for Shrewsbury.

Only one of their h2h meeting at this stadium had over 2.5 goals ft. The most recent h2h clash had finished in a 1-1 draw.

Who will win the match between Shrewsbury vs Fleetwood?

Shrewsbury is on a two-game winning streak at home. Meanwhile, Fleetwood failed to seal a win in five of the last six road trips.

Moroever, the past two home victories of Shrewsbury were against teams that are positioned above Fleetwood in the standings. Therefore, we expect a win for Shrewsbury on Sunday.

More than 60% of the matches played by these two teams had goals under 2.5 ft. On top of that, their head to head recordings at this stadium have mostly been low-scoring affairs.

In that case, we expect this match between Shrewsbury and Fleetwood to have under 2.5 goals ft.

We expect this match to be a low-scoring affair with likely a win for Shrewsbury. In that case, we don’t see the value of backing both teams to score option at 1.95 odds.

Do also note that only 20% of the head to head matches between these two at this venue saw goals from both ends.

For all the above reasons, we back Shrewsbury to win and like to place it as the main pick at 2.05 odds.