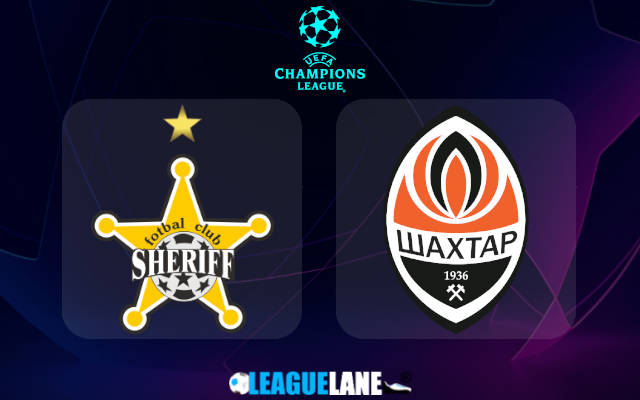 Sheriff will make their UEFA Champions League debut on Wednesday evening when they host Shakhtar Donetsk at Bolshaya Sportivnaya Arena.

Sheriff became the inaugural Moldovan team to qualify for the group phase of the most elite continental competition by beating Croatian side Dinamo Zagreb 3-0 on aggregate in the playoffs.

It was an enormous success for the Ukrainian manager Yuriy Vernydub and his men who proved to be super-tough to break down this summer.

The rock-solid defense was the team’s main catalyst for success. Sheriff have conceded only two goals in eight Champions League qualifiers, beating four different opponents from the very first round in the process.

Vernydub’s troops allowed just one goal in four matches against the likes of Red Star Belgrade and Dinamo Zagreb who have both featured the knockout phase of the UEFA Europa League last season.

Nevertheless, Sheriff are massive underdogs in the group with Inter Milan, Real Madrid, and Shakhtar Donetsk.

Shakhtar are their “easiest” rivals on paper, but this will be anything but an easy affair for the Moldovans.

The Ukrainian outfit have a much broader experience at this level. This is their fifth straight appearance in the group stage of the Champions League.

Shakhtar managed to beat the likes of Real Madrid both home and away and keep Inter Milan to back-to-back goalless draws in the previous term of the Champions League.

They showed strength this summer, too, eliminating the likes of Genk (two separate 2-1 wins) and Monaco (after extra-time) en route to this phase.

This should not be a high-scoring contest. The Ukrainians are favorites to get the result, but they will have to dig deep to break the deadlock past the stubborn defense of Sheriff.

The Under 2.5 goals FT is the safest bet for this match and you can back it at the odds of 1.90. The braver tipsters can try with the correct score pick, backing the visitors to win 0-1 at the sky-high 7.00 odds.