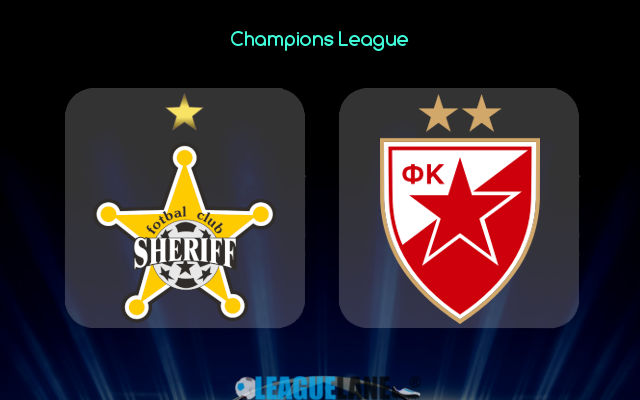 Red Star Belgrade travel to Sheriff Tiraspol on Tuesday with everything left to play for a place in the Champions League play-off.

Starting the double legged tie as huge underdogs in Belgrade, Sheriff surprised the hosts by taking the lead through Frank Castaneda. However, Red Star restored parity within 10 minutes via Lois Diony.

The second half was less eventful, other than the red card to Guelor Kanga that left Red Star in a lurch. The match witnessed a few half chances from there on, but nothing cynical.

The second leg is in perfect balance, but Red Star remains as the favorite. The big question is if Sheriff can use the home conditions at Tiraspol to their advantage.

Red Star were halted at this same stage by Omonia Nicosia in the covid-19 2020/21 season when the qualifying rounds were single legged tie. The match went into penalty shootout after scored were tied at 1-1.

This season, the Serbians had a poor start as well, losing the previous round’s first leg at Almaty 2-1. However, they responded brilliantly and bagged one of their biggest wins at the competition in the second leg on a 5-0 margin.

There is no doubt that the quality is there with this Red Star squad. But the consistency is what they need to make deep runs in to the competition.

The teams will be meeting for their second ever head-to-head match on Tuesday after the 1-1 draw at the Stadion Rajko Mitic last week.

The quality between the sides is too big, though Red Star didn’t look like the better side in first leg, and they have a tough task at Tiraspol.

With away goal rule out of the picture, we expect a better attacking display from Red Star Belgrade. Sheriff had a good run in the tournament, but this is most likely to come to an end on Tuesday.

One must expect some goals in this match as well. We have already seen the lethal side of the Serbians against Kairat in the second leg of the previous tie.