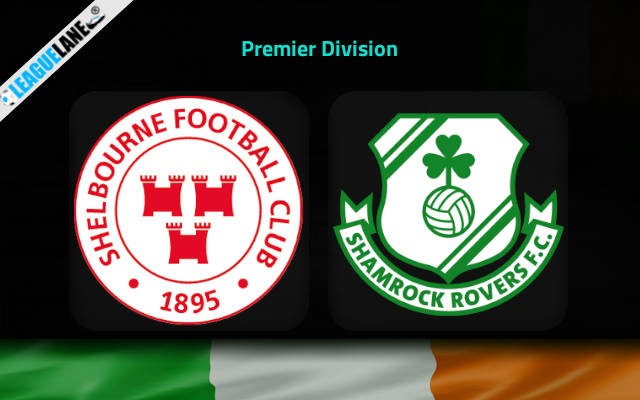 Currently residing in the Europa Conference League qualification spot, Shamrock Rovers hopes to catch-up the league toppers as they invite Shelbourne to Tolka Park, this Friday.

Shamrock Rovers is at the 2nd spot on the standing with 14 points from 8 games. They won 4 times in the league while drawing and losing on twice other occasions. Momentum is really building for then as they have now gone 4 games without losing. They have won 2 of the last 5 games they have played.

Shamrock Rovers will go into this encounter following on from a 3-0 Premier Division win over Finn Harps in their previous match. They has kept 3 clean sheets in the last 5 games, conceding 3 goals during this period. The visiting side has one of the best attacking front this season.

On the other hand, Shelbourne resides at the 6th position on the table with 9 points. Of the 8 matches played, they won only twice while drawing and losing 3 times each. Things have not been going that well in front of goal for them recently, with the side failing to score in 2 of the last 5 games.

Shelbourne, who won their previous game, will hope for a similar result following the 1-0 league triumph over Sligo Rovers. Under three goals per match were scored during 5 of the last 6 fixtures where they have been involved. Breaking down the goal distribution from this period, their opponents scored a total of 6 while they got themselves 3.

Going into this one, Shelbourne have not won at home in their last 6 league matches. Moreover, last time they secured a win against this foe was back in 2012.

Ahead of this meeting, Shamrock Rovers are undefeated in their last 2 league matches away from home. They also remain undefeated against this rival since the last 9 h2hs across all competitions.

By the looks of things, expect a victory for Shamrock Rovers this Friday.