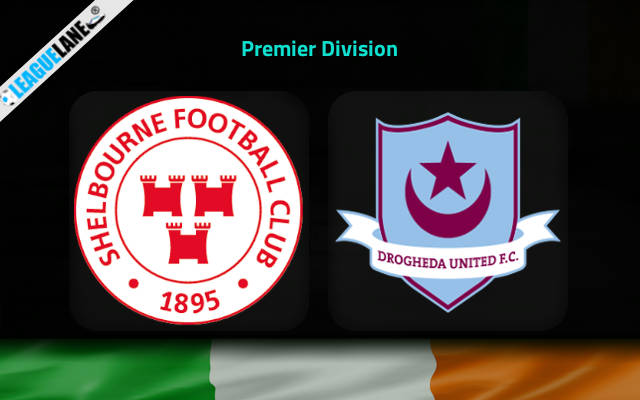 Shelbourne will face visiting rivals Drogheda at Tolka Park for the Premier Division clash on Friday.

Currently 7th and 8th in the table, Shelbourne and Drogheda are far away from the safe zone. Both have a big point difference with the current third place Dundalk.

Shelbourne are three points clear of their Friday’s counterparts in the table. Except for this one reason, both the teams have almost the same form.

The home side head into this fixture unbeaten in the last three overall fixtures. Moreover, they managed to score goals in the last six games.

Meanwhile, Drogheda has been going through an inconsistent form since the beginning of this season. They were winless in 9 of the past 10 fixtures in the campaign.

They lost 2-1 to UC Dublin loss on the road last time out in their schedule. With their poor form in the league as of late, there is no way likely to see the visitors bagging the bragging rights in this fixture.

The hosts are on a four-fixture unbeaten streak at home of late and will head into the game on a decent form in their respective schedule. With both teams facing problems in the defense it is likely to see the match end in a both teams scoring affair.

Thus the tip for Both Teams to Score will probably come in handy. In the meantime, Shelbourne has a better chance at taking all three points from the clash. So a win for the home side is the best bet for punters in the encounter to yield returns.