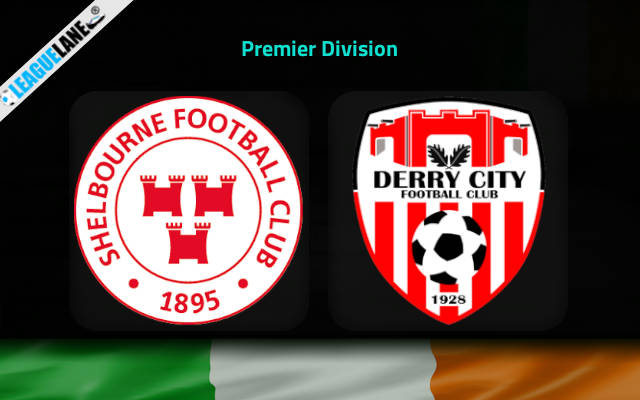 Derry City are currently placed 3rd in the table and lately they have been one of the most consistent teams in the competition. Meanwhile Shelbourne are placed 7th in a table of 10 and they have been finding it hard to consistently post points on the board in the last few fixtures.

Derry City are on a long unbeaten run as of now and they have found the back of the net in almost every fixture in the past few months.

It also needs to be noted that they are one of the only 2 teams in the whole tournament to have remained unbeaten in the past 5 match-days. And the other team is – of course toppers Shamrock Rovers.

In the meantime, Shelbourne are letting in goals in huge numbers and this has only increased pressure upon them. Moreover, they also have fared quite poorly in previous head-to-head clashes against this opponent.

By the looks of things, it is expected that we are about to witness a victory for Derry City this Monday.

Shelbourne were winless in 7 of their past 9 overall fixtures and in the process they had even gone on a 2-game losing streak.

They were also winless in 10 of their past 14 appearances in front of their home crowd and in the process they had gone on separate 2-game as well as 3-fixture losing streaks.

On the other hand, Derry City are on a 6-game unbeaten run and in the process they had gone a 3-fixture winning streak. Do also note that they were unbeaten in 11 of their previous 13 matches.

Taking into account these observations expect a victory for Derry City this Monday.

Tips for Shelbourne vs Derry City