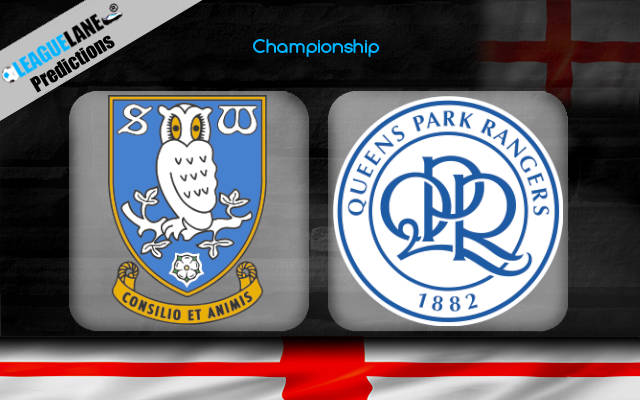 Sheffield Wednesday hosts QPR this weekend, carrying the role of warm favorites, currently priced at 2.00 rate to win the match.

The home team continue with their efforts to get out from the negative balance as soon as possible.

In case you didn’t know, this squad got 12 points deducted by the FA for breaking the financial rules even before the season started. So far they managed to annul four, with eight points remaining.

The Owls definitely had the quality to maybe even battle for playoffs this season, but that task seems impossible right now. Anyhow, avoiding the relegation is the most important task right now.

Sheffield Wednesday and Queens Park Rangers locked horns 51 times in the past. The Owls have had slightly more success, winning twenty encounters, while losing seventeen. When it comes to matches at this stadium their current stats are 14-4-7.

Interestingly, the last four head to head meetings were always won by the visiting squad.

The last eight matches between these opponents were always full of action and goals, ending either BTTS or Over 2.5 FT.

Fans had so high hopes after seeing Owls start the new season with two wins and a draw. Team outplayed Cardiff City and Rochdale in back to back matches, winning both 2-0 FT. Draw at home against Watford FC was also considered as good result.

However, form started to decline in the last ten days. Sheff Wed first loss to Fulham FC in the EFL Cup, followed by first Championship loss on the road to Bristol City.

We shouldn’t forget they performed really well during the pre-season too which can’t be said for the opposition.

QPR have collected the same amount of points as hosts so far – four. It seems like they are going through a rough period when it comes to form of their defenders.

Even in the pre-season QPR conceded four goals in games against Plymouth and Oxford. Coventry City defeated them two weeks ago 3-2.

Tradition also says games between these opponents end with high number of goals, so we will back that option as well.