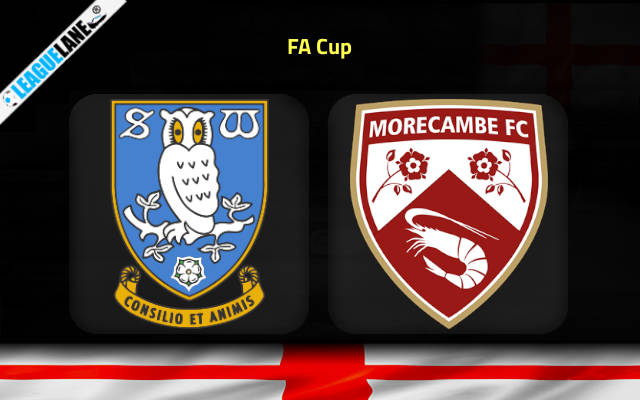 Morecambe will be at Hillsborough on Friday for the FA Cp knockout fixture with home team Sheffield Wednesday.

Sheffield have been hovering around the top two spots in the table since the beginning of the season. It is very impressive to have a good goal scoring and preventing side to support a team which is unbeaten in 80% of the games played.

They owns such an attacking and defensive line. The team had netted in a total of 10 goals while allowing just four in the past five overall outings.

Their English striker Michael Smith who has scored goals in the last two games is currently in good form on the offensive side.

When it comes to a competition like the FA Cup, Sheffield Wednesday will be coming up against opponents with a defensive line that will give Michael Smith a chance to score.

Having lost half of their games, they undoubtedly lack the form to beat Sheffield Wednesday, who are third in the same table.

By the looks of things, expect a pleasant day for the local supporters on Friday.

The Owls won 0-3 when they clashed with Morecambe in this League One season. Michale Smith scored one in that fixture.

Going on, they are on a good stretch of performances at home of late. They have scored 13 goals in the last five home matches. At the same time, they did not hesitate to concede goals.

Despite their poor form in the league, Morecambe will have a chance to score a goal in this knockout fixture. Therefore, we like to back Sheffield Wednesday to Win & Both Teams to Score as the main bet for this one.