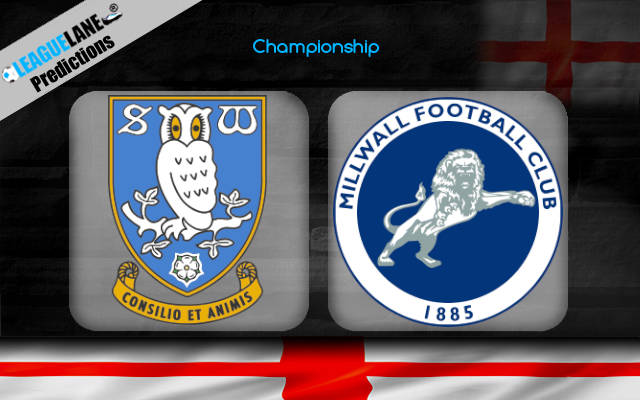 The 1-0 win at home against Bournemouth last time out in the championship will improve the confidence of Sheffield Wednesday players for good. Especially after the federation decided to cut off their points putting them at the ultimate bottom of the league table as it stands.

Millwall is on a mixed form and cannot rely on that unstable form when they make a visit. Having lost only 2 of their 10 league appearances so far this term, the Lions can create trouble for the host. They will host on the back of a goalless draw on the road with Norwich last time out in the schedule.

Sheffield Wednesday has conceded an average of 1.0 goals in the league this season. In the meantime, the host has scored 6 goals from their 10 attempts. Their highest score in a single game was the 0-2 win in the opening match against Cardiff in this term until now.

Both their other wins have come with a narrow one-goal margin, along with a clean sheet. But Millwall has a slight edge over the host in the league table, which puts them in front for the upcoming match.

In addition to that, two of their recent three h2h meetings have resulted in a draw, which suggests a draw is also around the corner at Hillsborough. The double chance favoring Sheffield Wednesday will probably be the best bet for the punters in the encounter based on these stats.

Furthermore, we can expect a couple of goals in the match despite the low average of both teams. So, the tip for over 1.5 goals at 1.40 odds will probably suit the needs of the clash from the goals area to yield decent returns.