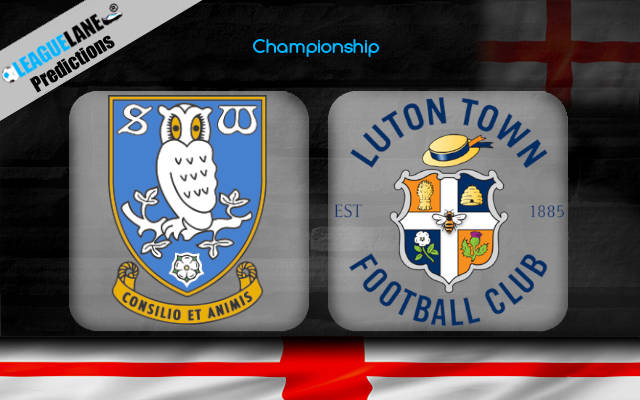 Sheffield Wednesday’s efforts to annul the deficit continue this weekend at home venue. The opponent on other side of the pitch will be Luton Town, who had much better start to the new football campaign than expected.

The Owls started this season with -12 points on their account due to financial malversations, but they already managed to collect eight, which means realistic chance to avoid relegation.

Solid run of results was unfortunately interrupted during the mid-week action at Hillsborough, losing narrowly to Brentford FC.

Still The Owls are favorites to dispatch Luton Town, currently priced at 1.85.

The first thing we noticed when looking into head to head stats is that eight out of last ten encounters between these teams ended Under 2.5 FT.

There was a total of 32 matches so far. Sheffield Wednesday have won more games 12, in comparison to Luton’s 10 victories. When it comes to games at Hillsborough, Owls have score of 8-5-3.

The most recent meeting was in February this year when Luton were the hosts, winning the match 1-0.

If there was no penalty issued by the FA, Sheffield Wednesday would now be sitting in 13th position, just one behind Luton Town. Team had solid results in October, starting with a 1-1 draw at home against QPR, followed with a bit unexpected 1-0 victory on the road against Birmingham City.

As mentioned above, they were defeated on Tuesday by Brentford 2-1, but don’t forget Bees are one of strongest teams in the league. Sheff Wed’s fans are expecting to see more from Elias Kachunga and Jack Marriott who didn’t score one single goal this season.

Luton barely avoided relegation in the last campaign. Since their roster hasn’t changed much, they are surely happy with nine points on their account after six games. Four losses in the last five Championship matches is a problem though. We are quite assured Owls will grab all three points here.