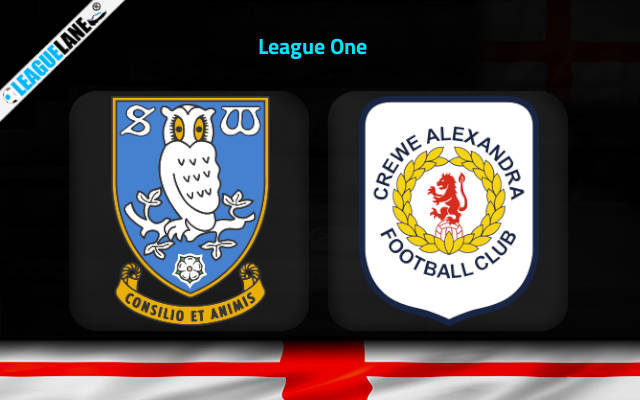 Sheffield played their last match against the MK Dons. Sheffield took the lead in the beginning of the match and kept on adding to the lead. Even though The Dons tried their best, they couldn’t get past Sheffield or even score an equalising goal. The match ended with 3-2 FT score.

Crewe Alexandra has played poorly in their matches this season. The team has secured wins in only a few of the matches and has got more losses than both their wins and draws combined. The poor performance has placed Crewe dead last on the league table with only 28 points to their name.

Crewe Alexandra played their last match against AFC Wimbledon. Even though Wimbledon had opened the scoring, Crewe came from behind to score three goals in the match, which put them in the lead. The match ended with 3-1 FT score.

Sheffield has played well in their matches this season while Crewe has not. The visitors’ win in the last match came after the team losing consecutively in eight of the matches. They have got only two wins in the last ten matches. Sheffield at the moment has not had a loss in the last seven matches.

Sheffield home matches have achieved some good results for the team. They are unbeaten in the last six matches and have lost in only one of their matches since last November. Crewe Alexandra has played poorly in their away matches this season. They have only two wins to show from their away matches in League One this season.

Looking at the records, Sheffield is more likely to secure the win in the matches. Sheffield Wednesday has conceded goals, even in most of the matches they have won. So, we can expect both teams to contribute to the scoreboard.