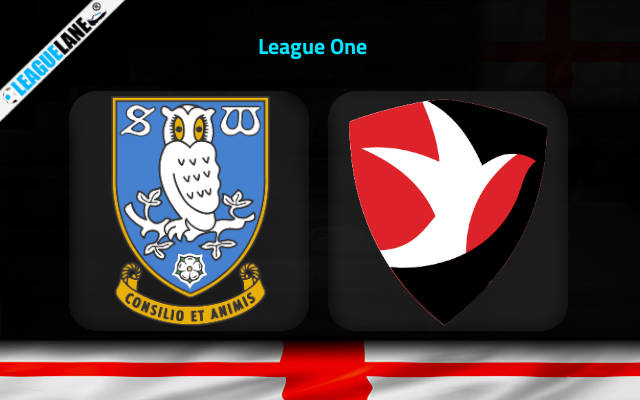 Sheffield Wednesday is on a 3-game unbeaten run in the league and they lack a point from Sunderland who are in the Play Offs zone. Cheltenham have been punching above their weight this season, and a recent record of four wins from nine trips is not too sloppy in such a competitive league. Both these upper half teams will face each other at Hillsborough this Saturday for the 40th Round of League One, where the hosts will be aiming for a place at top 6.

The Owls are at the 7th spot on the standing with 66 points from 38 games. They won 18 times in the league while drawing on 12 and losing on 8 other occasions. Their total goals to conceding ratio stands at 60:41 up to this point.

Sheffield Wednesday prepare for this game following on from a 0-0 League One drawn game against Gillingham which was their second in a row after home tie against Accrington. The recent home record of the hosts does not make for pretty reading, with seven defeats in ten top-flight fixtures.

On the contrary, The Robins reside at the 12th position on the table with 50 points. Of the 38 matches played, they won and lost 12 games each while drawing on 14 other occasions.

Cheltenham won back to back league schedules against Morecambe and AFC Wimbledon, both by 3-1 margin. In a total of 5 out of the previous 6 games involving them, at least three goals have gone in. The overall average number of goals per game during that spell accounts to 3.17.

Ahead of this fixture, Sheffield Wednesday are undefeated in their last 4 league matches at home while the visitors just won their previous game on road after a tiring run 9 away fixtures without seeing a victory. Therefore we feel that a narrow win for Owls is up for cards with scoring from both sides being a highlight.