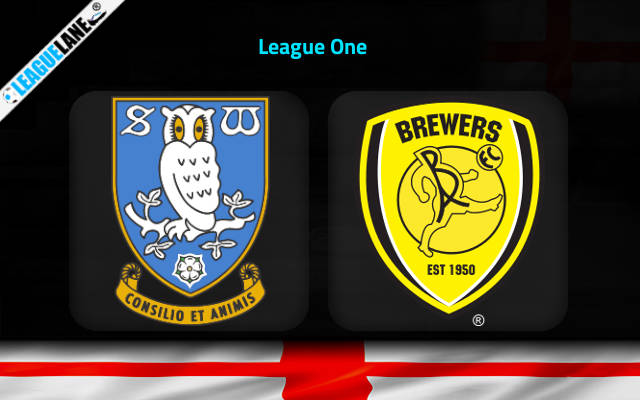 Postponed match of League One between Sheffield Wednesday and Burton Albion will take place on Tuesday at Sheffield.

Last ten minutes of Sheffield Wednesday’s last match against Doncaster Rovers was surprising. Sheffield scored three back-to-back goals in the last twenty minutes overthrowing Rovers from their lead, which they had gained in the first half of the match. The match ended with 1-3 FT score.

Burton Albion’s hope for a win in their last match was stopped by a last-minute goal by Ross Cameron Stewart for Sunderland. The match ended in a draw with 1-1 FT score.

Sheffield’s recent performances show the team is back in form and achieving as much wins as possible. They have achieved four wins in just last five matches, which have helped the team to move up the table to the 8th position and have earned 55 points from their matches so far. Sheffield has scored over 1.5 goals in three of their recent matches as well.

Sheffield Wednesday being back in their form and earning continuous wins in the match makes them a formidable opponent. The team has lost their win streak after their loss against Rotherham. They will hope to earn another win streak when in-form. Burton has been inconsistent in their form and will be at a disadvantage when they face against Sheffield.