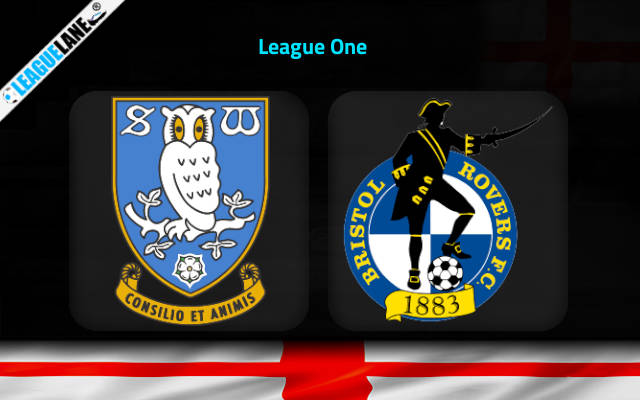 Bristol Rovers will be at Hillsborough on Wednesday for the League One fixture with home team Sheffield Wednesday.

Sheffield have been hovering around the top two spots in the table since the beginning of the season. It is very impressive to have a good goal scoring and preventing side to support a team which is unbeaten in 80% of the games played.

They owns such an attacking and defensive line. The team had netted in a total of 8 goals while slotting in just one in the past 4 overall outings.

Meanwhile, Bristol Rovers will also come into this fixture on the back of a good stretch of performances. It is worth noting that they have not lost even once in the past seven overall matches and had an excellent support from their offensive line during those games.

However, most of their opponents in those games are currently in the bottom half of the table. On top of that, they have not shown a decent away display with any of the top-placed sides in the table of late.

Apart from the overall form, the hosts are currently on an impressive form at this stadium. Thus, backing them to seal a win will be our first choice.

The home team is on an impressive winning streak for the last three home matches with a strong firepower in front. They are unlikely to concede a defeat as the team maintains their third position in the table consistently.

Rovers have an inconsistent away form as mentioned earlier. Therefore, We pick a win for home team Sheffield Wednesday in this game for all the above reasons.