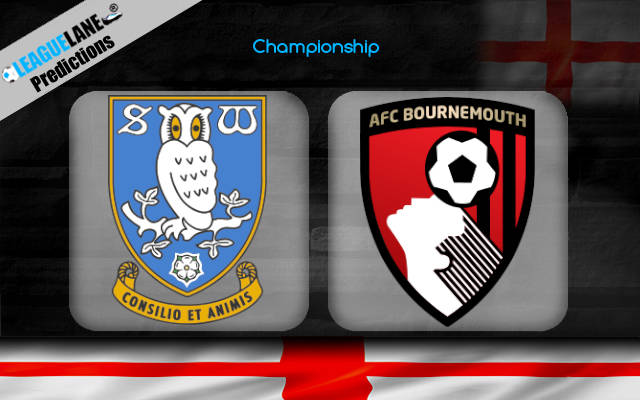 With their points deducted by the federation, the Owls are more prone to getting relegated this season. In addition to that, Sheffield Wednesday has lost their last four league clashes in a row. They will return home after a 1-0 loss on the road against Wycombe last time out in the schedule.

Unbeaten in the campaign so far this term, Bournemouth has been through a decent start. However, five of their nine appearances have ended in a draw. With only one win within the last five clashes, they will visit on the back of a 1-1 draw at home against Derby in the last league clash.

Sheffield Wednesday has lost four games in a row, and we cannot expect them to make a comeback all of a sudden in the league. Apart from that, the host will face a relegated team that has a slightly more successful run against the Owls in h2h history.

The Owls will not have much use of the ground advantage, and they haven’t scored in the last three fixtures in their schedule. However, the Cherries have scored at least 2 goals in their past two visits to this venue. So, the tip for over 1.5 goals will probably be an ideal choice for the punters.

The draw no bet over Bournemouth will work perfectly to yield decent returns for the punters in more safety, just in case they are caught off guard away from home. Besides, four of Cherrie’s recent five clashes have ended in a draw.