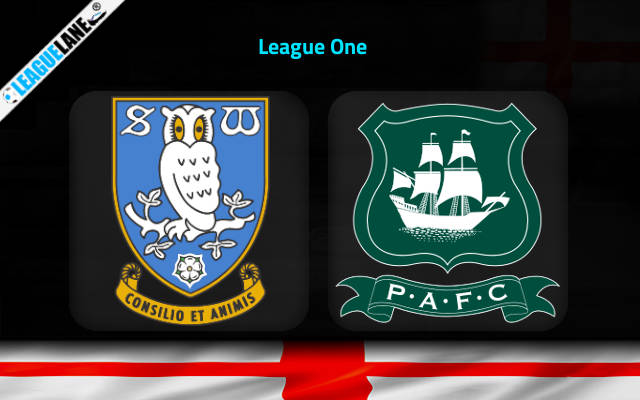 In game week 28 of League one, Sheffield Wednesday faces Plymouth Argyle for their next match on Saturday at Sheffield.

Sheffield Wednesday is in the 9th position on the league table with 37 points from 24 matches. They played their last match against Shrewsbury Town, which ended in a loss for Sheffield. The match ended with 1-0 FT score.

Sheffield has played well in this season. They had kept a 13-game unbeaten streak, which was stopped by their loss against Sunderland. They also lost in the last match as well. However, Sheffield can hop back into their form at any time and continue earning their wins.
They have played ten matches in their home ground in League One. They have won in five of the matches and have an ongoing unbeaten streak. The team has also scored in all of their home matches.

Plymouth Argyle stays in 7th position on the league table with 43 points from 24 matches. Last match against Birmingham City moved on to the extra time when both teams failed to score by 90 minute. However, Plymouth scored the winning goal in the first half of the extra time itself, sealing a win for the team.

The team had been on a cold streak in their recent matches but have gotten back into their form and secured wins in the last two matches while keeping clean sheets.

From the last ten matches, the team has scored in eight of them and has won in four of them as well. They have played ten away matches and have scored in nine of the matches. They have only lost in two away matches so far in this season.

The match will be a tough one for both teams. They have played well in this season and have achieved wins making their way up the table.

Even though Sheffield has lost in their last two matches, they are a team who can’t be taken lightly. They also have the advantage of playing in their home ground where they have not lost in recent matches.

Both teams have scored well in their last matches and will do so in the upcoming match as well. The match is very likely to end in win for Sheffield and both teams are likely to score in the match.