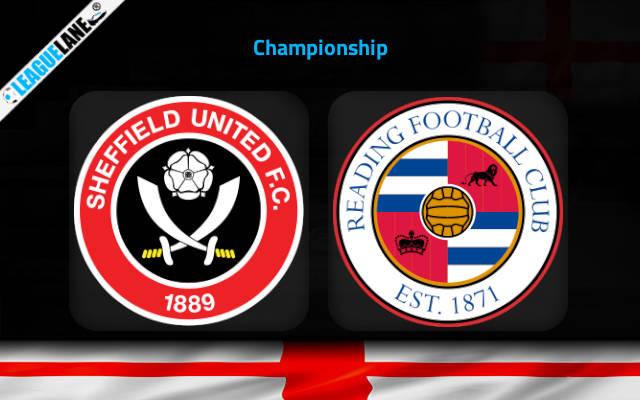 Sheffield United have been one of the best teams in the English second divisions for the past several years. They have even made it to the top flight a couple of times in the past five years.

The past season saw them finishing at fifth in the league standings. As a result, they battled in the Championship play-offs before entering into the pre-season friendlies prior to the new campaign.

After losing the opening day’s fixture to Watford, Sheffield United made it five consecutive games without a defeat at the start of the 2022/23 English Championship campaign.

Three wins and two draws in the previous five games helped them to climb to the sky high second position in the league standings. The latest of it came three days ago when United saw off Luton 1-1 on the road.

Meanwhile, Reading are on a three game-winning streak in the league at present. They were having a losing streak for two games before recording back-to-back victories in the league of late.

Moreover, two of the past three wins for Reading were recorded while playing away from home.

By the looks of things, expect a highly competitive Championship affair at Bramall Lane when Sheffield United play host to Reading on Tuesday.

This match is a chance for the hosts to maintain their unbeaten form. Most importantly, they are on a three-game winning streak at home.

On the other hand, Reading lost three of the past five away fixtures. The upper hand of Sheffield United in the head to head tradition is also a positive factor for the hosts to turn around things here.

Thus, we are expecting a winning performance from Sheffield United on Tuesday.