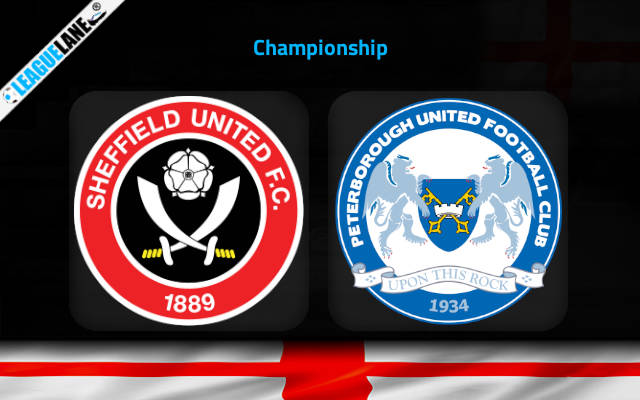 The woes of Sheffield seems to have no end in sight. After getting relegated from the PL the last season, they might be on their course of getting downgraded once again.

Meanwhile, Peterborough might have made a slow start to their campaign, but they are more than capable to take advantage of this opponent.

Currently, Sheffield are placed 23rd in a table of 24, and they easily have been one of the worst teams in the Championship. They are yet to register a win, and they have scored the least number of goals of all the teams in the league.

In fact, while they have scored a grand total of one goal so far, every other squad have managed to slot in at least four goals or more.

In the meantime, Peterborough have had a tough schedule till now, which even included them taking on West Brom – one of the best teams in the second division.

But this upcoming encounter is possibly the easiest opponent they have had so far, and we can count on them to go after the three points with all they have got.

Sheffield were held to a goalless draw the last match-day by Luton. In the meantime, Peterborough lost 0-1 at home against West Brom.

Going on, Sheffield have had one of the worst starts imaginable for a team in the Championship, while Peterborough have been comparatively better. Moreover, the latter also have a good recent record in h2h clashes at this venue.

Do also note that Sheffield have scored just one goal in their last five match-days in the league, while their counterparts have scored two or more goals in three of their former five fixtures.

As such, expect a hard-fought win for Peterborough this Saturday.

Be that as it may, they are from the League One, while their opposite number are from the top flight. On top of that, Peterborough are yet to keep a clean sheet in h2h clashes at this stadium in the 21st century as well.

Likely, expect Sheffield to find the back of the net at least once.