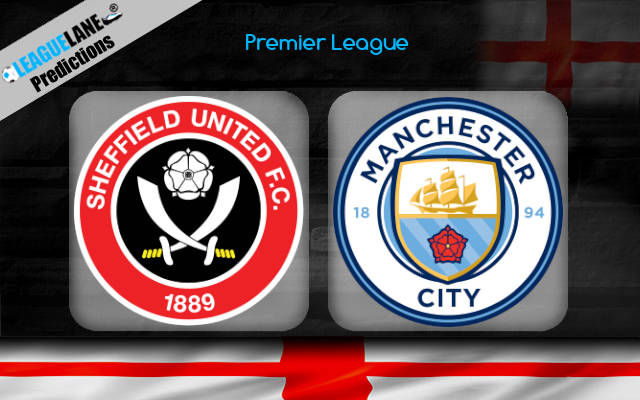 Manchester City aim to extend their unbeaten across all competitions to  7 when they travel to Sheffield United for Saturday’s Premier League fixture.

The Citizens thrashed Marseille 3-0 to maintain a perfect start in the Champions League and extend their unbeaten run across all competitions to 6.

However they have some catching up to do in the Premier League and they drew West Ham 1-1 last week to drop points for a third time inside 5 games. They are currently 8th on the log, but 5 points behind Liverpool and Everton.

Nevertheless, the Citizens are overwhelming favourites to bounce back to winning ways on Saturday and the visitors can be backed at 1.30 odd

Sheffield United are struggling in the new season and their winless run is stretched to six games following the 1-2 defeat at Liverpool last Saturday. The only point Chris Wilder’s men managed so far came against Fulham (1-1), a team sitting 1 spot behind them at the foot of the EPL table.

A win here could take them out of the relegation zone temporarily and they can be backed at high 9.00 to spur the surprise on the Sky Blues.

Man City are unbeaten in the four Premier League meetings with Sheffield United bagging 3 wins and a draw.

However, Sheffield bagged a rare win in an FA Cup tie at the Bramall Lane, sandwiched between the pair of EPL fixtures.

Unlike the general scoring trend seen in Pep Guardiola managed teams, this h2h duel has a low turnaround of goals with only 1 of the last 5 producing over 2.5 goals.

There have been a lot of tweaks and forced changes in Man City line up over the course of the season and this has prevented them having any sort of consistency this far.

But they were able to unleash the beast whenever they went on with a full-strength squad, examples are solid wins against Porto and Marseille in the Champions League.

Sheffield have problems all around the field and they offer very little going forward and their defense is bound to make mistakes while playing against top quality sides.

Therefore, City to win and the over 2.5 goals full-time added to it gives good value to punters.

My second recommendation is from the players market and it is none other than Raheem Sterling who already netted three times in the Premier League this season. Even though the number of goals he scored is not amazing, it is reassuring that he is someone who gets into scoring positions more often than anyone in the squad.