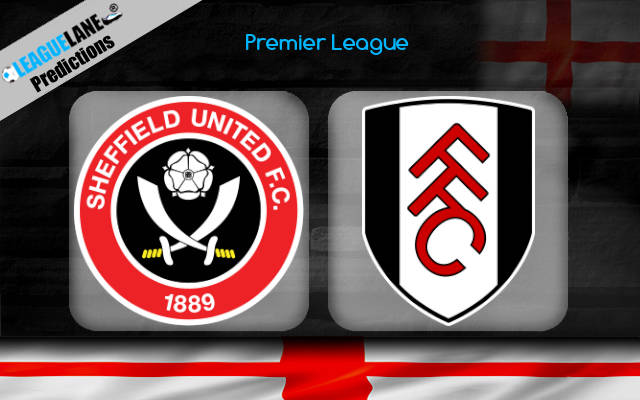 Both teams have lost all of their fixtures so far in the competition, and have expectedly placed themselves bottom-most in the table. It’s also not wrong to say that these two are the worst of the whole EPL at the moment.

The Blades used to be such a competitive and spirited side in the 2019-20 campaign, and they even had been in the running for a spot in the Europa League. Their fall from grace has been really a pity.

Meanwhile, the Cottagers have just been promoted to the top flight, and they are finding out just how tough it’s in here.

Considering the fact that both teams are extremely poor at defending at the moment, coupled with their desperation for their first win of the campaign – this game becomes a great candidate for the Over 1.5 Match Goals bet at 1.40 odd.

Going on, Chris Wilder’s men do have the experience of spending the previous season in the EPL, while their opposite number were battling it out in the Championship. And not just that, the Blades were also one of the best teams in the competition then, and were in contention for a top-seven finish.

For the reasons, expect Sheffield United to have a slight edge this weekend.

Wilder’s men lost 2-1 on the road the last match-day, against Arsenal. In the meantime, the Cottagers lost 1-0 on the road against Wolves.

As things stand, the Blades have a slight upper hand. First of all, they are desperate for a win, and know that Parker’s men are the worst team in the league at the moment.

On top of that, Wilder’s men also have the extra confidence due to having spent the previous campaign battling with some of the best teams in England for the Europa League spots.

They also do have a great h2h record against this opponent at this venue. In fact, they have lost just once here since 1999 against this rival, and impressively they have a 100% winning record in PL h2h clashes.

Likely, expect Sheffield United to record a win in at least one of the halves.

Going on, these two teams are placed 19th and 20th in the table, and so far have been the weakest squads of the whole lot.

They have also been conceding goals in plenty lately, and previous h2h meetings also have shown the same tendency. To quote a stat, the most recent face-to-face meeting at this ground was a nine-goal affair.

Consequently, anticipate at the very least, two goals in this fixture.