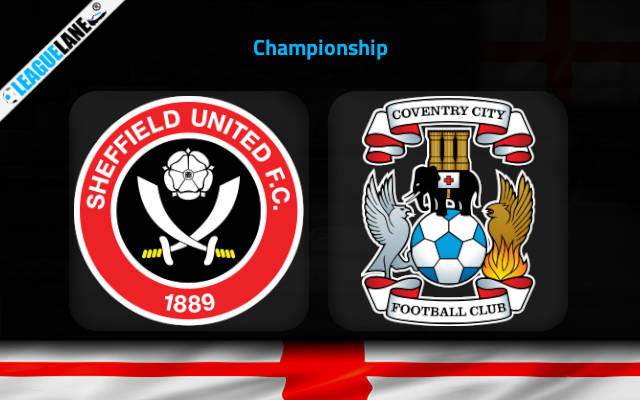 Sheffield United are miles away from their best form at the moment. They lost three of the last five league outings. On the other side we have Coventry City who will go into this on the back of two victories in the last three Championship affairs. The value in great in backing the visitors not to lose at the 1.80 odds.

Coventry City celebrated a big 3-2 victory two weeks ago against Bristol City. They scored the stoppage-time winner with ten men on the pitch on the occasion, showing a phenomenal team spirits to stay focused in tough moments.

The reward came in the shape of the move to the 4th place in the Championship standings.

The Sky Blues have now won two of the last three league outings and they will travel to Bramall Lane to take on Sheffield United in the 18th round of the Championship in the highest of spirits.

Sheffield United are struggling to find the right momentum in this term of the competition.

They currently hold the 18th place in the league table having won no more than five matches since the beginning of the season.

The latest failure came before the international break when the team led by Slavia Jokanovic fell 3-1 away at Blackburn Rovers.

Sheffield United lost the game despite scoring the opening goal two minutes into it. Th3ey have taken just one point in the last three league affairs.

Tips for Sheffield United vs Coventry