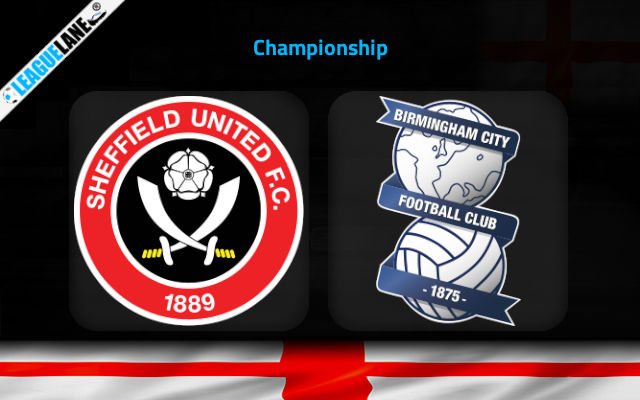 Relegated from the Premier League from the last term, Sheffield United will need to stay within the top part of the table if they want to go back through promotion. Their maiden challenge in the England Championship will be at home against Birmingham on Saturday at Bramall Lane.

The host had only three wins in their last 12 matches in the PL and has had no draws in that period. The Blades had their last five wins in the overall schedule come with the same 1-0 scoreline. Their previous encounter was at home and they defeated Burnley with a 1-0 scoreline.

On the other hand, Birmingham struggled to avoid relegation last season in the league. The visitor had three defeats in the last ten matches in their overall form. They will visit on the back of a double loss in the campaign, following a 5-2 loss on the road to the likes of Blackburn Rovers last time out.

Sheffield United at home hasn’t been the best coming closer to the end of last season. But their form at home is comparatively better than the traveling side on the road in recent games.

The Blades still enjoys the ground advantage in the middle and has a reputation for their Premier League season last term in the schedule. Hence, the home win in full-time will probably be the ideal choice.

Furthermore, the current form of both teams suggests a couple of goals in ninety minutes. Despite winning their recent fixtures in the same 1-0 scoreline, we can expect the host to perform better in League One fixtures.