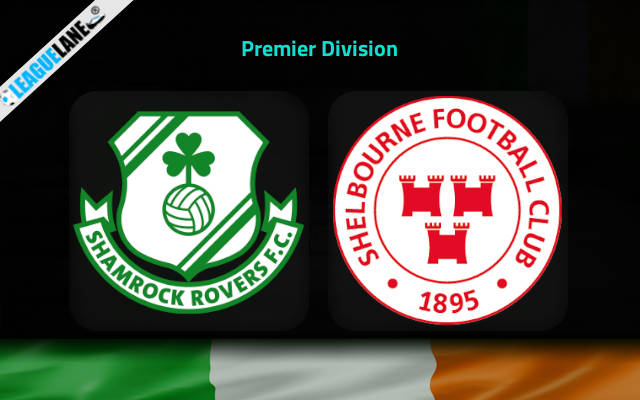 Shamrock Rovers who are currently at the table top, will be hosting the mid-side Shelbourne in an exciting game this Friday night at Tallaght Stadium.

The Rovers are at top flight in Premier Division with 39 points from 18 games. They won 12 times in the league while having drawn and lost 3 games each. They have scored 31 goals in total while conceding a sum of only 12 which shows how profound their defense and offense lineups are.

After winning the last 4 games in a row, Shamrock Rovers lost their previous league fixture by 1-0 to Drogheda United. Their more recent scorelines reveal that quality has been evident in their rearguard. They have also scored more than once in all of their last 20 home league games.

On the other hand, Shelbourne resides at the 6th position on the table with 24 points. Of the 17 matches played, they won and lost 7 games each while having drawn on 3 other occasions. They had put together a good run of form and has now gone 4 games winning in a row.

Shelbourne come into this clash following on from a 2-0 Premier Division win with the eclipse of UCD in their previous game. That win was their fourth victory in succession. In the course of their previous 6 matches, Damien Duff’s men have fired home a total of 8 times therefore earning them the goals per game average of 1.33.

Shamrock Rovers are on a run of 20 consecutive home undefeated matches in their domestic league and Tallaght Stadium remain as an impenetrable fortress. They also com here on the back of 5 straight home wins and they have never lost a home match this season.

Meanwhile, Shelbourne had put together a good run of form and has now gone 4 games winning in a row. However, they have won only 4 out of the 9 away games played this season.

Considering their previous h2h stats and current form, we feel that a home win seems to be a realistic option.