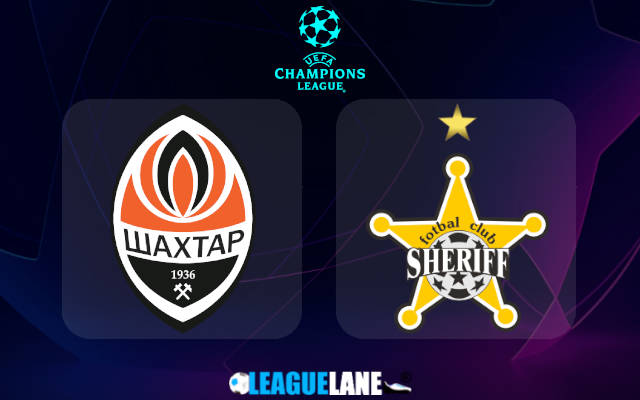 Both teams know where they finish in advance and Shakhtar is the team with nothing to play for other than pride after managing a single point from five games played so far.

The debutants Sheriff will finish at third regardless of what happens in this game or the Real Madrid vs Inter Milan fixture.

The team from Tiraspol have 6 points from 2 wins while the club from Ukraine is at the foot of the table with 1 point from the goal less draw with Inter Milan. The Spanish and Italian giants will battle for top spot. Ancelotti’s men are currently top of the group with 12 and Inter can overturn it with a win as they have 10 points in the bag.

Sheriff won 2-0 when they teams met at Tiraspol in September. That was only their third head-to-head meeting in a competitive fixture.

Their previous was in the 2003/04 Champions League qualifiers. Shakhtar progressed to next round on the back of a 2-0 win in Ukraine after the first leg in Moldova finished goal-less.

The teams are doing well in their respective domestic leagues and are strong title contenders. There is a big gap in quality between Ukrainian and Moldovan league, however Shakhtar failed to transfer the brilliant form to Europe. They may want to do well here to avoid leaving the competition without registering a single win.

On the other hand, Sheriff will be happy with the third spot in a group that was always going to dominate by Inter and Real Madrid. However, they failed to impress after the historic win against the record Champions League champions.

Just like the hosts, Sheriff also wants to leave a mark here. So, we can expect an entertaining affair at the Olimpiyskiy Stadium on Tuesday night. This also leave us in a tight spot to pick an outright winner for this game, but goals are a guarantee.