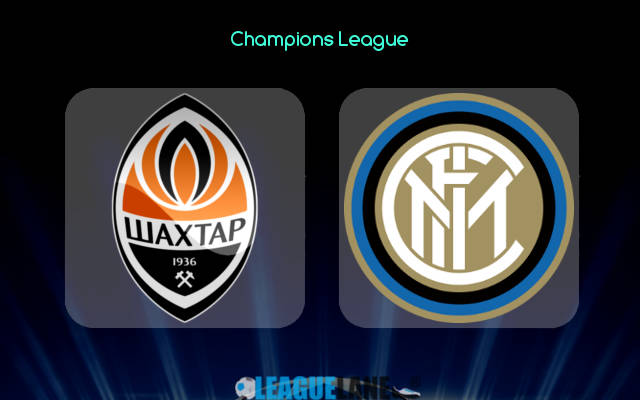 Inter Milan travel to Shakhtar Donetsk for the matchday 2 fixture of the UEFA Champions League 2020/21 season and will look for their first win of the campaign.

The Nerazzurri had a wobbly start to the season and they were exposed in the group opener at their own backyard by Monchengladbach only to be saved by a late goal from Romelu Lukaku. The Belgian scored both goals in the 2-2 stalemate and he is the most consistent player in Antonio Conte’s squad until now.

Win-less in three after the draw, Inter went on to win 2-0 at Genoa on the weekend and will be keen to take the momentum to Ukraine.

Shakhtar Donetsk on the other hand, bagged a historic win away at Real Madrid even though they had most of their key players missing through injuries and illness.

While the result is excellent as it can be and the credit goes to those young players and could have scored more goals in the first half, the match will be remembered for complacency from Zinedine Zidane who went into the game without his key players like Karim Benzema and Vinicius Junior and playing Ferland Mendy at the right back.

But can Shakhtar repeat the same this midweek ? The bookies do not think so and they price the home win as high as 4.50 odd and a draw in the region of 4.00. Inter are favourites at 1.75 odd and we will see the odds for away win dropping in the coming days.

Inter Milan are now unbeaten in the 3 head-to-head meetings with Shakhtar having won and drawn when they came across in the qualifying round of the 2005/06 season of the UEFA Champions League.

Overall, Shakhtar met Italian teams on 25 occasions and holds a moderate record of 7 wins, 2 draws and 16 losses. And they have a poor scoring record of 0.8 goals per game.

Inter Milan are unbeaten against clubs from Ukraine; 6 wins and 3 draws out of which 3 wins and 1 draw came in their away trips.

Shakhtar Donetsk impressed in the group opener against Real Madrid and deserved the win, but they are up against a team coached by a manager who rarely makes any tactical blunders. Straight forward as it can be, we can back the away win priced at 1.75 odds.

Even though Inter’s form this season looks inconsistent, the truth is they have come across some strong teams in Serie A like AC Milan and Lazio. The win with a clean sheet against Genoa is a huge confidence booster and they could carry it to Kharkiv on Tuesday. On top of that, Shakhtar has a very young squad and we saw them flattering in the second half against Real Madrid.

Based on the recent form of both teams, we can expect some goals at Kharkiv since Shakhtar scored at least once in every game except two since football restarted across Europe in May. The Nerazzurri on the other hand have scored in all except once in their away games in calendar year 2020. This makes a good case for btts and over 2.5 goals among good tips for this Champions League clash.

Another top bet in my opinion is based on Romelu Lukaku’s form. The Belgian international has scored in every game except one this season including two against Gladbach and one of the weekend. He netted 7 across all competitions and is a good value to score any time in Tuesday’s match.