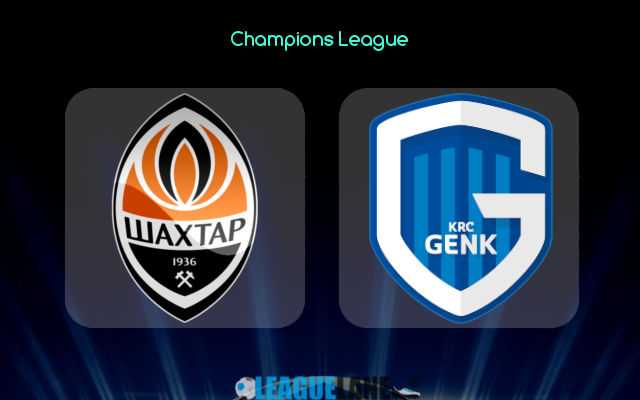 Shakhtar Donetsk will be looking to seal their spot in the play-off rounds against the Belgian outfit as they are a side with much more experience in the competition.

After reaching the semi-finals of the 2019-20 Europa League just a few months previously, the Miners have continued to have success on the continent, defeating Real Madrid both at home and away last season, but were eliminated at the group stage of the Champions League.

On the other hand, Genk have missed out entirely on European competitions last season and they will hope for fortunes to go their way as they take the Ukrainian side for a test on away turf.

The men in orange and black are expected to have their whole squad available for the clash against Genk.

But there are some doubts regarding the availability of Centre-back – Sergey Kryvtsov. The rest of the squad are ready to go.

The Belgian side are also expected to have their whole squad available for this crucial tie against Shakhtar Donetsk.

Although, right-back Angelo Preciado will not be able to feature in Ukraine.

Both these sides have met for the first time a week ago on the 3rd of August, 2021 in which Shakhtar Donetsk emerged as 2-1 winners.

The home side are favourites to win the tie against their Belgian opponents. They have the likes of Marlon and Stepanenko who are capable of making a difference from the bench.

Adding to that, the Ukrainian side know how to grind out results as they have shown in the past against the Mighty Real Madrid.

Shakhtar Donetsk will be eager to be amongst the big boys of Europe. Whereas, Genk will go for the attack to get goals which will leave a lot of space in behind for Shakhtar to capitalise on. It will be tough and exhausting for the men from Belgium to overturn the result in their favour