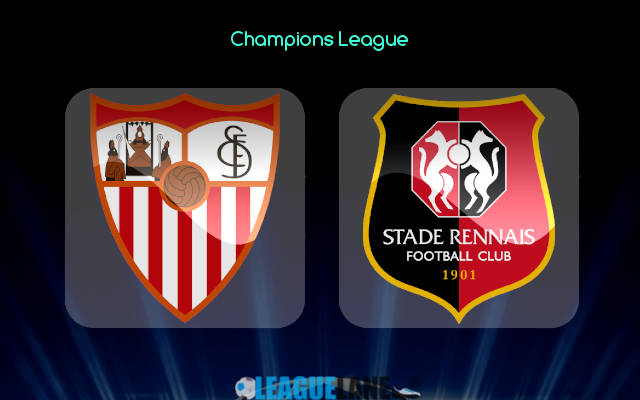 Sevilla welcome Ligue 1 outfit Rennes on Wednesday looking to end a bad run of results in both cup and league games.

The most popular squad from Andalusia has been performing poorly in La Liga lately, while the premiere Champions League match against Chelsea FC was not that bad, returning from London with one point in their pocket.

It’s been almost a month since the last time Sevilla achieved victory. Victory here would be of massive importance for the hosts, and the timing is great considering that French side is going through a rough period. Home win is currently priced at 1.50 odds.

Can the winless streak finally end this Wednesday at home venue against Rennes?

This is going to be the first time for Sevilla to lock horns against Rennes in history.

Coach Lopetegui can’t be satisfied with the form of his offensive line. Sevilla scored only one goal in the last four games across competitions. That is extremely low considering the quality of their strikers like de Jong, Munir, Idrissi or En Nesyri.

Return of Ivan Rakitic is a big plus, as he and Suso are usually controlling the midfield and creating chances for others.

That wasn’t the case during the last weekend though, losing to Eibar 1-0 at this venue. That loss pushed Sevilla down to 13th place, having only seven points from five games. Goalless draw against Chelsea last week is considered as a solid start to new UCL campaign.

Rennes had much bigger expectations from their premiere Champions League clash last week against Krasnodar.

The French side created so many opportunities and played well overall, but failed to secure all three points. Russians basically sat on their half for most part of the match and got lucky to score a goal in the second half.

Rennes are doing really well in Ligue 1, occupying 3rd place with 15 points from eight points. We don’t think they will avoid loss in Andalusia though. We are expecting a narrow, low scoring match at Sanchez Pizjuan.