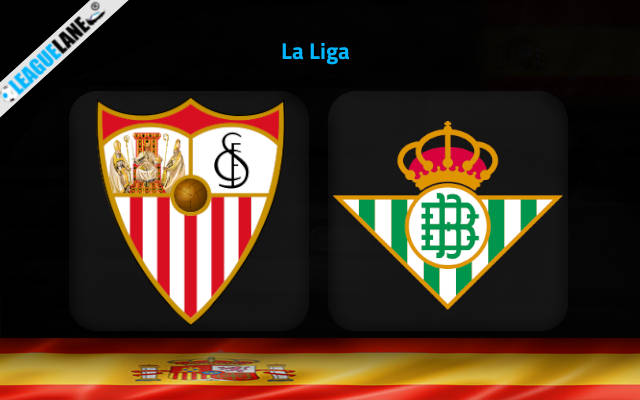 Both these teams are amongst the best in the Spanish top flight, and are placed second and third in the table, just below toppers Real Madrid. The two squads are in great form, and are scoring goals at a consistent rate.

There is a great chance for either of these teams to secure a ticket to the Champions League next season.

Sevilla have lost just twice all through the campaign, and if things could go well, they could even go after the title. They would try to make use of the momentum at home this weekend, from their long series of unbeaten games there.

Meanwhile, Betis are on a winning streak as well, and they are scoring goals in plenty too. And it needs to be mentioned that they are on a long winning stretch on the road as well.

Judging these observations, expect a high-scoring affair this weekend between the two.

Sevilla were held to a 1-1 draw the last match-day on the road, by Espanyol. However, they are on a six-game unbeaten run, and they had remained so in 13 of their past 14 fixtures.

They have lost just once in the past five-month period in the Spanish top flight, and this sole loss had come against Real Madrid.

On the other hand, Betis registered a 2-1 win at home the past game week, against Mallorca. They are on a four-fixture winning streak, and they had also won eight of their preceding nine fixtures. Note that they had scored a total of 25 goals from these nine matches.

Moreover, they are on a five-fixture winning streak on the road, and they had scored a total of 17 goals in the process.

Taking into account these stats, expect a high-scoring affair this Sunday.

Tips for Sevilla vs Real Betis