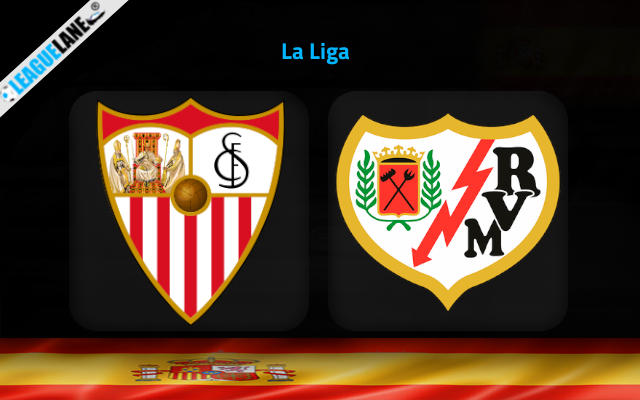 Sevilla are one of the beat teams in the Spanish top flight, and have been so for the past several years. Meanwhile, Vallecano were not even part of the top flight the last season. Likely, expect the former to have the upper hand this Sunday at their home.

They had finished fourth in the table in 2020-21, and were trailing by just two points behind third-placed Barcelona. This time around, Barca and Real are going through a rebuilding phase, and this is the opportunity for other teams to strike.

Sevilla have been perennial contenders for a top-four spot in the La Liga, and they have had unprecedented success in Europa League. But they have been unable to get into the podium of the Spanish top flight for several years now, and this is their chance.

Defense was one of their hallmarks, as they had let in just 33 goals from their 38 total games – which was the third-best in the competition, after the two teams from Madrid.

In the meantime, Vallecano come from the Segunda, and even there they did not have a great campaign. They had finished sixth in the table, trailing 15 points behind champions Espanyol, and managed to make it to the top flight only after going through the playoffs.

On top of that, they also have a poor h2h record against this rival.

By the looks of things, expect a win for Sevilla this Sunday.

Sevilla have a phenomenal h2h record against this rival, and especially so at this venue. They also are gunning for a podium spot this time around, and are at home as well.

On the other hand, these opponents have just been promoted to the top flight, and they have won just once in their past five overall fixtures. Do also note that they are on a three-match winless run on the road.

On the contrary, Sevilla had won 15 of their previous 19 appearances at home, and have scored in plenty in the process.

Taking these observations into account, expect a thorough win for Sevilla this weekend.