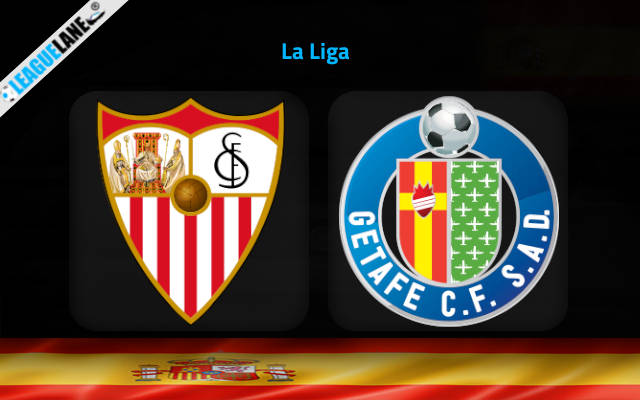 Sevilla vs Getafe Predictions and Free Tips from our expert tipsters when the teams go head-to-head in Spanish La Liga on Sunday, 8 January 2023.

Sevilla made a mess of their start to the current season, and as a result they are lagging below in the bottom half of the table. However, it seems that they have made good use of their break. Ever since competition resumed, they have been performing well.

Meanwhile, Getafe have been struggling for consistency all through the campaign, and particularly on the road they have been a huge mess. And to make matters further worse for them, they have a poor h2h record against this rival too.

And as a bonus, they are at home, where they have a perfect winning record since 2010 – barring a single match-up.

Who will win the match between Sevilla and Getafe?

Do not mind the form Sevilla showed earlier in the campaign. After the World Cup break, they have a 100% unbeaten record – and disregarding a single draw it becomes a perfect winning record. In fact, they scored five goals in their latest fixture alone.

At the same time, Getafe have just two wins on the road this whole season, and they even crashed out of the Copa del Rey in their latest match-up. Likely, Sevilla appear to be the favorite this weekend at the Estadio Ramon Sanchez.

Sevilla appear to be really in the mood. They scored five in their latest game, and scored nine in total from their past three fixtures combined. Meanwhile, Getafe let in three goals in their last game.

As such, anticipate goals in plenty this Sunday.

This is kind of unlikely to occur. The hosts are determined to make amends for their earlier shortcomings, and will be keen on their defense.

Judging recent form of Sevilla, as well as of their counterparts, the hosts seem to be the favorites to secure the win. And it is placed at 1.83 odd, which makes is a good pick.

They are determined to post the three points on the board at any cost, and looking at their current goal-scoring exploits, chances are high that they will find the back of the net at least twice – which is placed at a promising 2.00 odd.