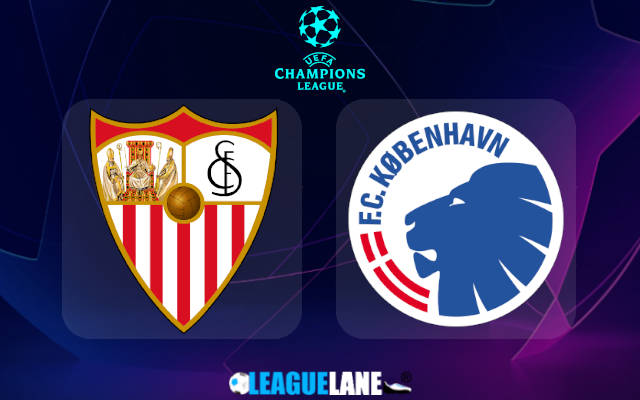 Sevilla are facing an exit from the Champions League as things stand. They are placed third in the table with just two match-days remaining. They will have to give it all on the pitch this Tuesday to make sure that they do not mess up against minnows Copenhagen.

Copenhagen are placed bottom-most in the table as expected, and are yet to register a win. Not just that – they have a 100% losing record in the tournament barring two draws, and they are yet to score their first goal in the competition.

Moreover, they are on the road – where they have a 100% losing record so far, and they let in eight goals from their two away games till now.

It goes without saying that they are the weakest in the group. They are the only squad in Group G who are not from one of the top-five leagues in Europe.

Meanwhile, Sevilla might be on a course to get relegated to their favorite competition after all – the Europa.

They could avoid it though – if fortune favors them. They are trailing five points below the second-placed Dortmund. It helps their cause that Der BVB are pitted against toppers Manchester City, and are expected to lose.

As such, the Spaniards could reduce the gap of points this match-day, if they make this upcoming encounter count.

Considering the huge experience they have in these kinds of matches, and the struggles of counterparts Copenhagen, expect a win for Sevilla this Tuesday.

Sevilla did lose their latest game, but note that it was against Real Madrid. In fact, they had one of the toughest schedules in the whole of Europe in the past two months. They had to take on the likes of Manchester City, Dortmund, Barcelona, Real Madrid, Atletico Madrid, Valencia, Athletic Bilbao etc.

This upcoming game is possibly the first ‘easy’ encounter they are about to have in months. Have faith in the team to make it count.

Moreover, Copenhagen are struggling to perform lately, and particularly so their offense. They do not stand much chance this Tuesday at the Estadio Ramon Sanchez.

Tips for Sevilla vs FC Copenhagen