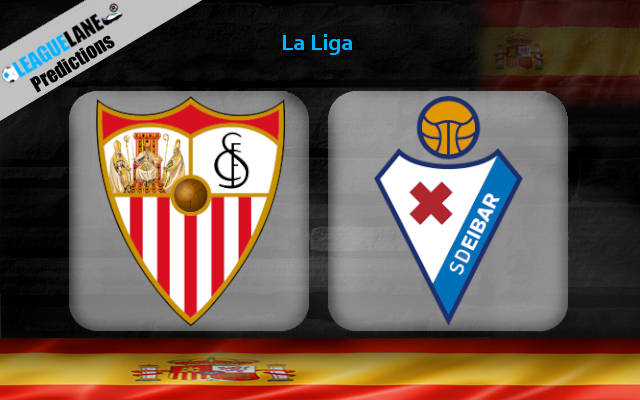 Sevilla couldn’t carry their winning streak from the opening two matches to their last two attempts in the campaign. The host has been winless for the past two clashes, following a 1-0 loss on the road against Granada last time out in the schedule.

Meanwhile, Eibar has turned their form opposite with two consecutive unbeaten games in their form this season in the league. They had lost their three fixtures in a row at the start of the new edition of La Liga but now visits on the back of a goalless draw at home with Osasuna.

Since the home team is on the back of a loss, we can expect them to start slow in the fixture with their attacks as Julen Lopetegui will try to pick up his team from the loss. The competition being at an early stage gives him enough time to try new tactics in the middle.

Moreover, Los Palanganas has never lost to Eibar in any of their h2h clashes since 1997. With that unbeaten streak against the visiting side and the ground advantage, the match seems to be in the hand of the home side.

Eibar’s opening three games had ended in defeats which put off the morale of the players. The visitor has bounced back with two unbeaten games as of late, which is why they can pose a threat to the host. Even so, the away side has a poor form on the road which holds them back in the encounter.

The home win in full-time will probably be the best bet for the punters in the league. At 1.44 odds, the tip is likely to yield decent returns from the encounter on a safer base.